‘A different weapon’: Liverpool coach excited about what 23-year-old forward can achieve this season 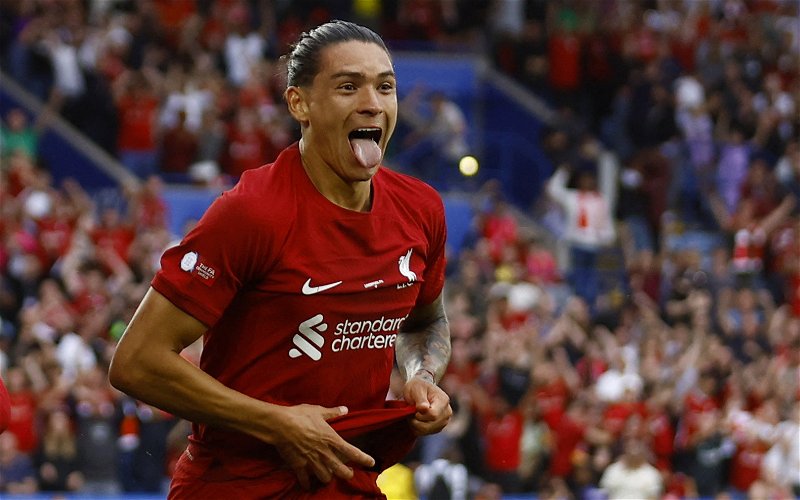 Darwin Nunez has already shown glimpses of his capabilities in Liverpool’s pre-season; scoring four goals against RB Leipzig and scoring the third goal in the club’s Community Sheild win against Manchester City.

Nunez will be looking to be a key cog in Liverpool’s side during the 2022/2023 campaign; hoping the club can achieve the heights of last season with him spearheading the attack.

Speaking to Liverpool’s official club website, about the release of his new book “intensity”, Jurgen Klopp’s number two Pep Lijnders spoke about how Nunez offers the team something completely different from what they’ve had before.

“Each player will influence the attacks in a different way,” Lijnders said. “Luis (Diaz) is not like Sadio, or Harvey (Elliott) is not like Mo (Salah), or Thiago is not like Millie [James Milner]. He said

“That’s all fine because as long as we all play with the same direction and where we want to go.”

“We play to create, we play to score, and I think Darwin is an asset in that so he is and will be a different weapon.”

Lijnders went on to describe the winning culture he has embedded in the club now and that Nunez has joined one of the most fierce setups in world football.

“The good thing is that, if you read through the book, you will see how much time I come back to creating this winning mentality inside the club – where the team and staff only see the next game.”