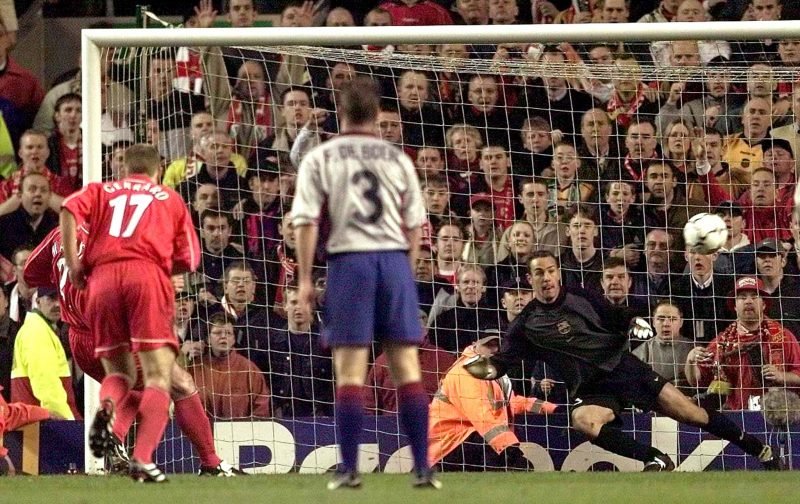 Some Liverpool fans have been looking back at our famous 1-0 victory against Barcelona in the UEFA Cup semi-final back in 2001.

Sunday marked the 19th anniversary of the evening that saw the Reds advance to the final in Dortmund after we stopped the Catalan giants from scoring in 180 minutes of football, as the first leg ended 0-0 at the Nou Camp.

All that it took was a first-half penalty from Gary McAllister following a handball from Barca’s Patrick Kluivert, but it was a nail-biting encounter under the lights at Anfield where our backs were against the wall.

Is the Barcelona victory one of our greatest European nights?

We went on to win the trophy in Germany after a 5-4 victory over Spanish side Deportivo Alaves, which ended winning via the old golden goal rule.

With this in mind, supporters hailed the outing and evening as a whole, making their feelings clear on social media. One fan said that it was a “performance that Jose would be proud of”, referring to Spurs boss Jose Mourinho who is renowned for his defensive tactics.

A perfomance that Jose would be proud of 😅

Was there myself, I always tell my kids had we signed Gary Mac 10 years before we would have won some leagues with him

How good was Gary Mac by the way?!

I remember The Kop as a stand physically moving that night. Unbelievable

What a night this was, upper Anfield road, whole place rocking and a serious session afterwards, great times