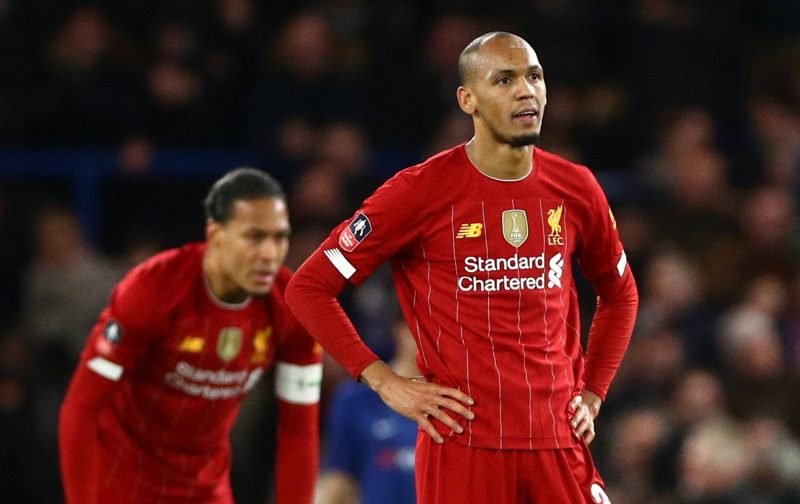 An injury has the potential to derail form for any player no matter how impressive they have been throughout the season, and this has seemingly been the case for Fabinho.

“Fabinho has to play against Atletico. We really need to keep a clean sheet to give ourselves the best chance of going through and he is our best defensive midfield player.”https://t.co/rp6dCgyqov#LFC #UCL

The 26-year-old midfielder suffered a ligament injury in November which kept the Brazilian international out of first-team action for over two months, yet since his return to the Liverpool XI, Fabinho’s form has taken a nose-dive off a cliff, with the former AS Monaco star being slammed for his performances against the likes of Chelsea and Atletico Madrid.

And it is the Spanish side who the Reds face this week in the second-leg of their Champions League tie, and some Liverpool supporters on social media are begging Jurgen Klopp to keep Fabinho out of the starting XI for what is a must-win game for the Merseyside club.

We keep less clean sheets when he’s playing in this form. Drop him.

His been poor lately, drop him 😕😕

Nonsense, Henderson is the best holding midfielder in this club and has been so since Jurgen arrived. If he’s fit fabinho should be nowhere near the team

Fabinho should be dropped

Gini and Ox , Fabinho looks a weak link at the moment

Anyone but Fabinho , rather have Gini at 6 atm. He’s been awful recently.

Fabinho has started all five of Liverpool’s last games, in which they have failed to keep a single clean sheet.