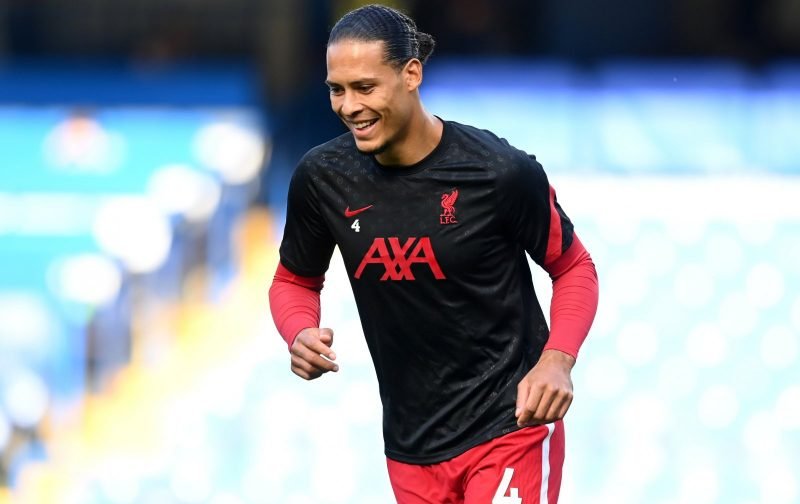 It has been reported by transfer guru and reliable football journalist Fabrizio Romano that Liverpool have plans to start negotiations to offer defensive colossus Virgil van Dijk a new and improved contract in a few month’s time when recovered from his season-ending knee injury.

Van Dijk has been absent since the end of October this season after sustaining an ACL injury thanks to a horror challenge from Everton’s keeper Jordan Pickford during the Merseyside derby – which left the Dutchman requiring surgery and won’t see him return for the Reds until April.

Despite this, Liverpool are set to offer a new deal for the defender after his impressive contributions to the team over recent years, helping us to Champions League and Premier League glory – restoring the trophy-winning ability and helping to put us amongst Europe’s elite once again.

The news came in Romano’s article in CBS Sports of his transfer roundup – and I think that it is fully deserved. Many laughed when Liverpool paid Southampton £76 million for van Dijk but it is clear the impact that he has had on Liverpool’s defence all but fixed our issues at the back, with his ability and leadership rubbing off on the rest of the Liverpool squad, in particular Joe Gomez, who has grown to become a fantastic defender whilst learning from one of the best in the business in van Dijk.

Liverpool have been linked with an abundance of defensive talent across Europe over the past few months due to the defensive injuries sustained to the squad but it seems as though no new players will be joining the club this month, with manager Jurgen Klopp stating that he is unsure whether the club will be able to bring a new face to Anfield just yet.

What do you think Liverpool fans, are you happy to see Virgil van Dijk get rewarded for his efforts? Let us know your thoughts in the comments section down below…