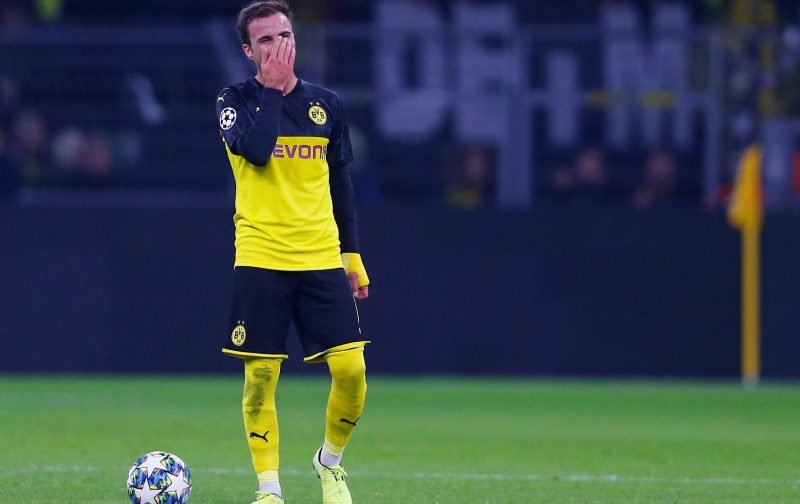 According to a recent update courtesy of Goal correspondent Neil Jones, former Liverpool target Mario Gotze will not be moving to Anfield at any point in the future despite Jurgen Klopp’s fond memories of the player – prompting some Reds supporters to react on Twitter.

In the 2018 documentary ‘Being Mario Gotze’ via talkSPORT, the player revealed that we tried to sign him before he rejoined Borussia Dortmund from rivals Bayern Munich, but now it appears Klopp has no intention of bringing his former player to Merseyside.

No, we don't need him

Gotze has only started five games for Dortmund this season, scoring three goals but making the vast majority of his appearances from the substitute’s bench according to WhoScored – appearing out of favour.

This could be an indication as to why some Reds supporters aren’t too keen on signing the player whilst others seem completely different towards the news.

His best days are behind him.

Maybe tell us about the players we are getting lol

Even @indykaila could call that correctly