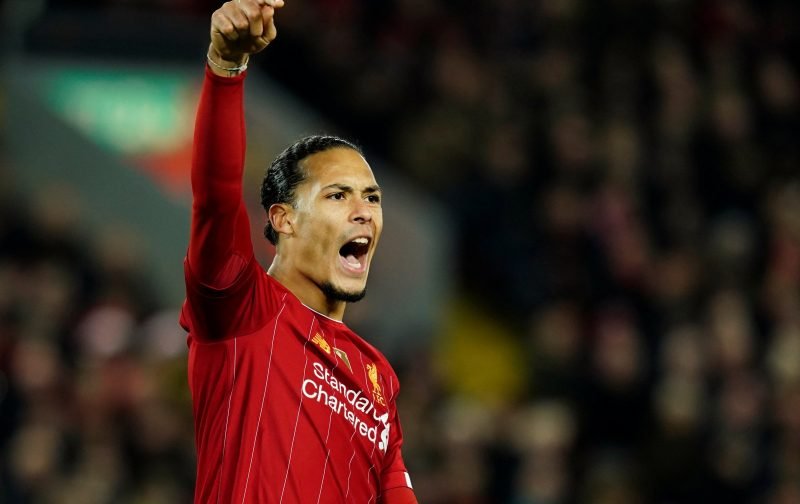 Virgil van Dijk only ever wanted to come to Liverpool.

Those were the words of club historian John Williams, which was revealed by a Dutch journalist on Monday, despite other club being in for him at the time.

Van Dijk eventually made the right choice and moved to Anfield for a club-record £75m fee, which is still the club’s highest transfer fee paid for a player to this day. It is safe to say that the Dutch colossus has been worth every penny, with his impact at Anfield proving tremendous so far.

Having played in back-to-back Champions League finals, winning one in Madrid, helping us to a points total of 97 points last season and is now on the verge of capturing our first league title in 30 years, he has been touted as the best defender in the world by many.

Speaking to CaughtOffside, Jan Willem Spaans shared a section of Williams’ upcoming book, Virgil van Dijk: A Day In The Life, where he recalls how he only ever wanted a move to Merseyside.

“Not many people speak about this anymore, but he really wanted to join Liverpool, said Williams.

“He identified with the club and with the supporters. Even when he got the chance to go and play elsewhere, he only wanted to come here. And that is very important to Liverpool supporters.

“They feel that you should understand the supporters’ emotions and passion, need to understand why the club is so important. The people believe that Virgil understands that and that he really wants to be a part of it.”

He went on to say that Van Dijk is a “more complete central defender” than Alan Hansen was, adding that the Holland international has more in his locker and that he is a fantastic reader of the game.

This is exactly what Liverpool fans will want to hear. Not only has he become one of the league’s greatest defenders, but he is also about to achieve what not even Steven Gerrard could, and that is to win the Premier League.

If Van Dijk wasn’t loved enough by us, somehow, he has gone up even further in my estimations.