“Imagine him under Klopp”, “Yessssss” – Many LFC fans gush over “pressing machine” 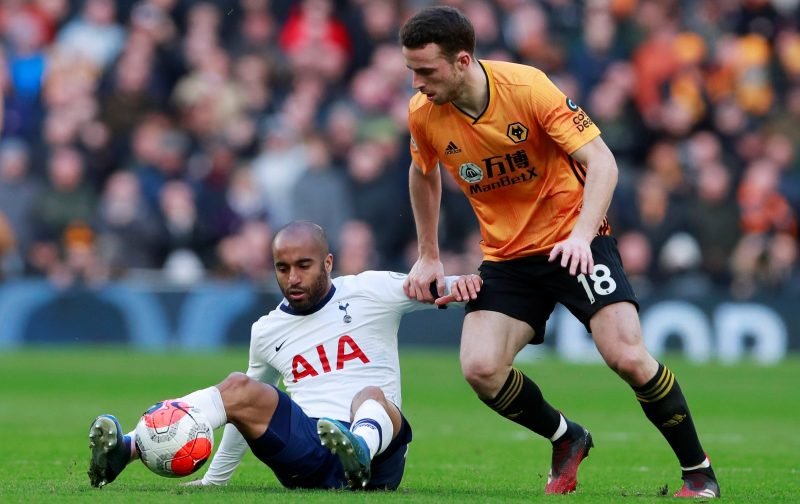 Responding to a piece by the Liverpool Echo, many Reds fans are gushing over the idea that Wolves forward Diogo Jota would be a welcome addition to our side – flocking to Twitter and lauding the ‘pressing machine‘.

Jota, who has started 21 games for Wolves this campaign, scoring six goals and picking up an assist in that time, is currently one of Nuno Espirito Santo’s star forwards as the Midlands side chase a spot in Europe.

Would you take Diogo Jota at Anfield?

Wolves have had to put their Champions League ambitions on hold, however, due to unprecedented circumstances which cloud football at the moment.

To pass the time, Echo journalist Reece Chambers has analysed the credibility surrounding a theoretical swoop for Jota as ‘the next Sadio Mane‘ – with plenty of Reds fans since claiming they would definitely say yes to signing the player.

One supporter even hinted he would excel under manager Jurgen Klopp – find all of their best comments down below.

All day long he’s a pressing machine imagine him under klopp.

Yes, only 23? Be a great addition to the squad, but part player but spend first two season in and out learning the ropes.

yes, sell Shaq and buy him.

(i love shaq but too injury prone)