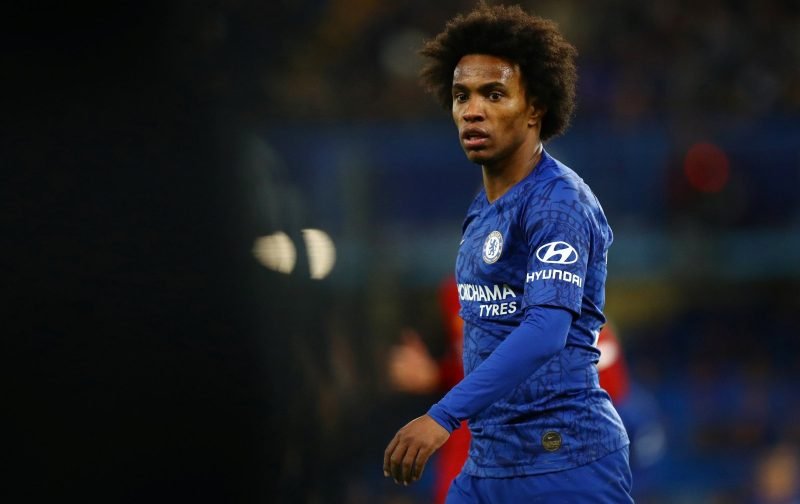 Many Liverpool fans have been reacting to an update regarding Chelsea winger Willian regarding recent reports linking him with a move to Anfield in the future.

James Pearce from The Athletic responded to a fan’s question on Twitter, regarding a possible move for the 31-year-old. The journalist bluntly responded “no mate”.

The Reds are alongside Arsenal that were believed to be competing for his signature, with the Spanish publication Sport (cited by Sport Witness) suggesting that the north London side were ahead in pursuit of his services.

Should Liverpool swoop for Willian?

The Brazil international has been at Stamford Bridge since 2013 and his contract is set to expire in the summer, having scored 59 goals and provided 59 assists in 329 appearances for the club.

As a result, supporters were pleased that the club were not jumping into any form of deal with Willian and made their feelings clear on social media. One fan was happy with the update and commented: “James Pearce strikes”.

Thank God for that