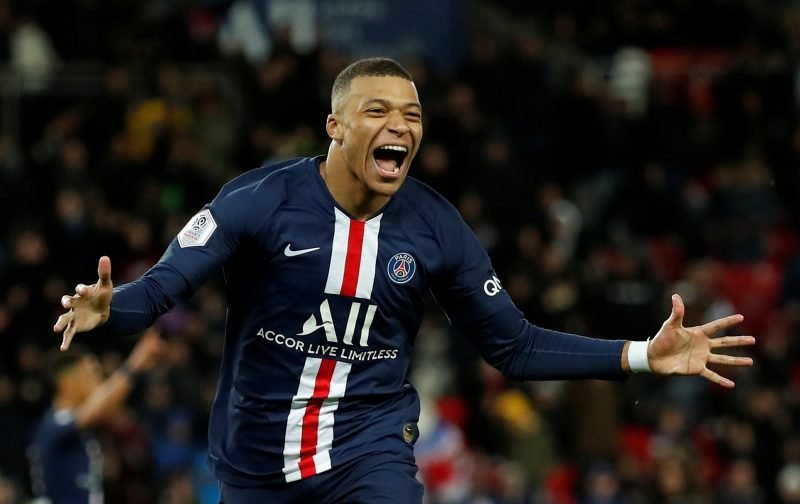 Speaking to Eurosport on the Games of Opinion podcast, French football expert and journalist Cyril Morin has claimed that Liverpool will not sign Kylian Mbappe due to, in part, manager Jurgen Klopp’s playing philosophy being in the way.

Mbappe, who has scored a noteworthy 30 goals in 33 appearances in all competitions for Paris-Saint Germain this season, has been linked with a move to Liverpool recently as a potential challenger to the likes of Sadio Mane and Mohamaed Salah – but football expert Morin claims this transfer won’t happen due to Klopp’s gegenpressing tactics.

Indeed, Morin, speaking on the podcast, claimed that the 21-year-old sensation isn’t ‘mature enough‘ to adopt this playing philosophy for his own – with that major factor potentially standing in the way of a move to Anfield.

“There are two main reasons that Liverpool and Mbappe can’t fit together,” explained Morin.

“Firstly, Klopp’s philosophy. For me, Mbappe isn’t mature enough to assume the gegenpressing. He’s still a young striker in terms of intensity and defensive effort, and I’m not sure he is mature enough to sign for Liverpool where you have to be part of the team, not one among 11.”

Compared to arguable star Reds forward Mane, the French starlet has averaged almost double the amount of shots per game domestically this season whilst also recording a higher amount of key passes and successful dribbles according to WhoScored.

Indeed, Mbappe has jotted some impressive numbers this season, whilst also mounting more efforts on goal than Salah in that time as well – although you could argue that the youngster plies his trade in a debatably weaker division overall.

The journalist, whilst claiming that Mbappe wouldn’t be mature enough for Klopp’s style, also went on to give another reason as to why a transfer to Merseyside would be unlikely.

Apparently, Mbappe has a history with European giants Real Madrid, with French footballing icon Zinedine Zidane currently at the helm along with the fact he is a ‘fan‘ of the club.

Given these facts, it could be unlikely we land the starlet, but taking into account Mane and Salah’s impressive form on the wings this season, it’s not exactly a pressing matter to address.