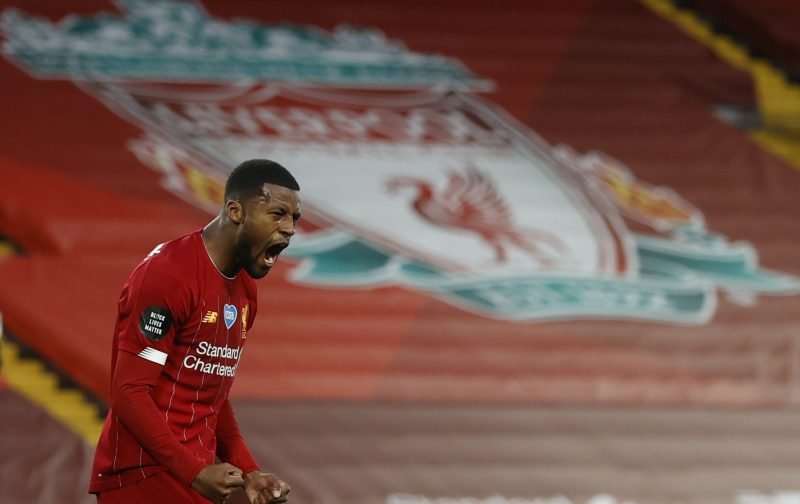 Liverpool are ‘open to offers’ for midfielder Georginio Wijnaldum after the Dutchman was named as FC Barcelona’s ‘top target’, according to Goal.

Wijnaldum has seen his future at Anfield thrust into doubt this summer after the appointment of Ronald Koeman as the successor to Quique Setien at the Camp Nou, with the former Netherlands head coach eager to be reunited with his compatriot in Spain.

Koeman is vividly driving the Blaugrana outfit’s interest in Wijnaldum and has made the 29-year-old one of his priority targets to strengthen the midfield as Barca strive to regain the La Liga title from rivals Real Madrid.

Liverpool had sought to secure Wijnaldum’s long-term future with the offer of a new contract, with the £36million-rated ace otherwise a free agent next summer, but have seen the club’s efforts return little progress.

The stalemate has left club chiefs reluctantly ‘open to offers’, fearing that Wijnaldum’s contract entering its final 12 months would back us into a corner.

Barcelona are yet to test the waters with an opening offer for Koeman’s summer desire due to their need to sell players before any arrivals can occur, with the Catalan giants severely cash-strapped as a result of the coronavirus pandemic.

Sevilla have already confirmed the return of midfielder Ivan Rakitic, while Arturo Vidal and Juventus target Luis Suarez are expected to follow the Croatian in sealing moves away this summer.

What would be an acceptable fee for Wijnaldum? 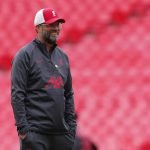 If Goal’s report is true and Wijnaldum has so far shown little interest in putting pen to paper on a new contract, the club must consider any offer that may come our way before October’s deadline so long as the figure represents a fair return.

Wijnaldum is one of Jurgen Klopp’s key players and cannot be sold on the cheap, even if it means losing him for free next year, as an adequate replacement would have to be sought should the Dutchman depart.

Selling the former Newcastle United midfielder in a cut-priced deal may not result in the sorts of funds needed, but keeping Wijnaldum on Merseyside would mean he can help with our Premier League title defence and compete for honours in the Champions League and FA Cup, all of which would improve our finances for next year’s bidding.

Selling but not replacing Wijnaldum would deprive Klopp of an influential figure he called on 47 times across all competitions last season, including all of our Champions League fixtures and 37 of our 38 Premier League matches.

Wijnaldum also opened 35 of those top-flight encounters, in which he contributed 18 key balls, made 38 tackles and registered four goals, while ranking second at the club for ground duels won (111) and fourth for successful dribbles (41) – only behind Sadio Mane (69), Roberto Firmino (52) and Mohamed Salah (50), per SofaScore.