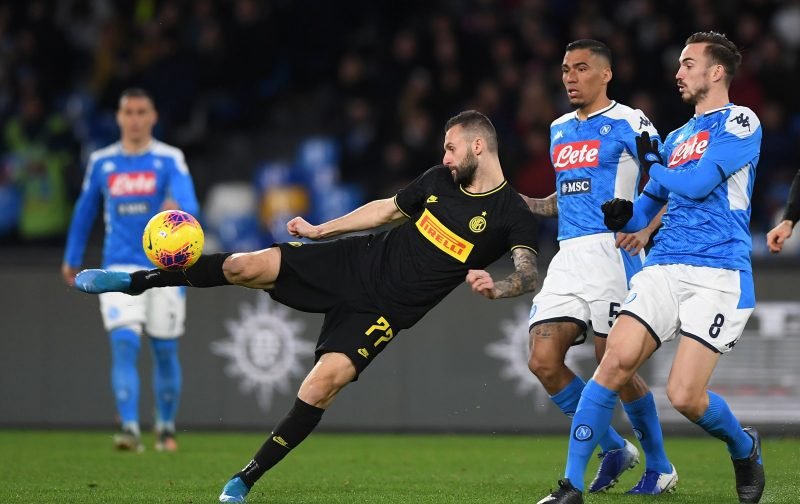 According to a report from Italian broadcaster Sport Mediaset via sempreinter.com, Liverpool are interested in signing Inter Milan midfielder Marcelo Brozovic during the upcoming summer transfer window and could be willing to trigger his €60 million (£53.6 million) release clause.

Brozovic, who has started 22 Serie A games under Antonio Conte this season, playing a part in midfield and helping Inter during their title challenge throughout the campaign, is currently tied down at the San Siro until 2022 – and Liverpool’s reported interest in the player have apparently prompted the Nerazzurri to begin talks on a further extension.

Do it, absolute dynamo

No, we have enough midfield cover

Described as ‘sensational‘ in a past report from FourFourTwo, the Croatian international is apparently ‘enticing’ Jurgen Klopp and Michael Edwards with his £53.6 million release fee – with this report going on to claim that Inter want to ‘ensure‘ Brozovic remains in Lombardy past the end of his current deal.

Indeed, going by his WhoScored statistics, it’s not exactly hard to see why – as the 27-year-old could debatably be viewed as one of the Nerazzurri’s most important defensive players.

The Croatian, over 1,991 league minutes, has amassed the highest total of tackles on average when compared to his teammates whilst also racking up an impressive 89.5% pass accuracy in that time.

Brozovic has managed to replicate similar numbers in the Champions League, completing the most dribbles on average out of his team, all the while managing to make the third-most challenges.

Judging by his data, it’s clear to see why we may be interested in triggering his clause, but the Reds might have to act quickly if they want to secure his services.