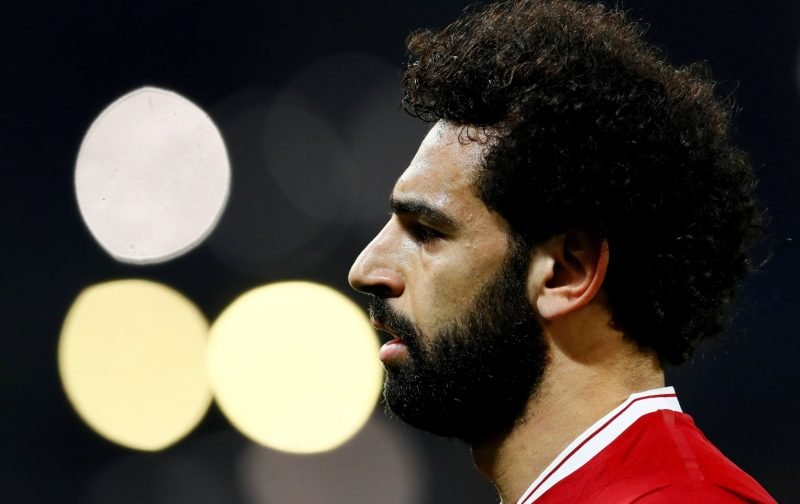 Liverpool failed to score at Anfield for the first time in nine Premier League fixtures on Saturday as relegation-threatened Stoke City emerged with a spirited 0-0 draw.

Back-to-back matches against the top-flight’s bottom two sides were widely expected to confirm a top-four finish for Liverpool but, following last weekend’s 2-2 draw at West Bromwich Albion, two points from a possible six mean both Tottenham Hotspur and Chelsea can still overtake the third-placed Reds as the 2017/18 season reaches a climax.

The outcome of their hosting of the Potters was all the more surprising given Jürgen Klopp‘s side had scored 27 times in their previous eight home league fixtures and put five past AS Roma in the Champions League semi-final first leg at Anfield four days prior.

The blank was also fired despite top-scorer Mohamed Salah starting, alongside a number of other first team regulars, including in-form Brazilian forward Roberto Firmino, and completing the full 90 minutes.

The Egyptian, who missed the chance to break the record for most goals in a 38-game Premier League season, uncharacteristically had seven shots without even hitting the target.

Salah’s first, and best, opportunity came after five minutes when he clipped wide after being sent clear on goal by captain Jordan Henderson.

For much of the contest the PFA Player of the Year was constantly harassed by Stoke defender Erik Pieters, who was fortunate not to concede a penalty on a couple of occasions, not least late on when handling a Georginio Wijnaldum cross.

Danny Ings did have a goal disallowed for offside shortly before the break but the hosts were way below their usual standards throughout, and in particular at the start of the second half when they struggled to string simple passes together successfully.

Things could have turned out even worse for the Merseysiders had Ryan Shawcross managed to poke home Mame Biram Diouf’s effort at the back post two minutes from time.

Analysing a frustrating afternoon for his team, Klopp told his post-match press conference: “We met Stoke in the moment when they thought a point could be enough [to stay up] still otherwise they had to play different, but if they think they can win the next two games and have a chance with that then we cannot change that opinion. But you saw it in the game if you don’t take the lead then…

“We scored an offside goal, we were obviously in charge of the game but not brilliant, but that’s normal in that situation.

“Then second half we started normal and with two changes we had kind of a breath of fresh air, it was really good. Millie was good, Clyney good and helped us, we were much more often in the box and stuff like that. Then we had the situations, kind of chances, but they fought with all they had in the box and the six-yard box.

“And handball, yes probably, and at the end we didn’t score. So at the end it’s not the best day of my life but I had for sure worse days. Let’s take it like this, let’s recover and go to Rome.”

After their midweek trip to the Eternal City, Liverpool face a potentially pivotal trip to Stamford Bridge to face Chelsea on Sunday.

A point there should prove enough to prevent the Blues from overtaking them due to their superior goal difference of +17.