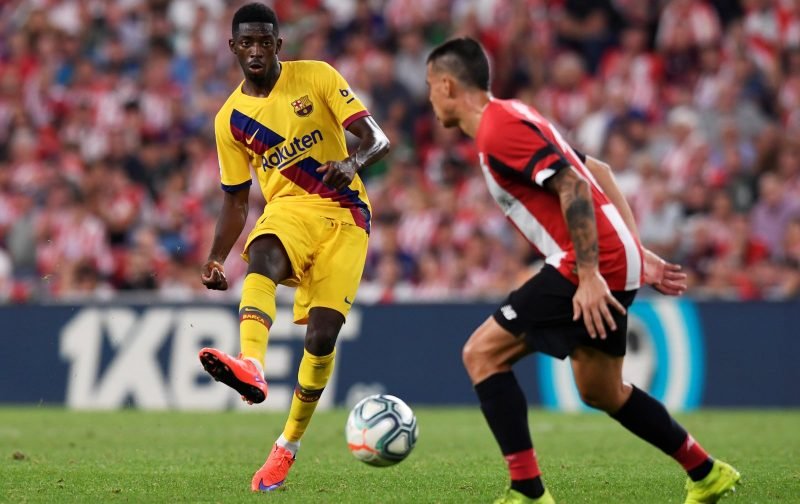 According to a report in the paper edition of Mundo Deportivo via Sport Witness, Barcelona would consider selling star winger Ousmane Dembele for €50-60 million (£45.1 million-£54.1 million) this summer – sending a ‘clear message’ to Liverpool as Jurgen Klopp ponders Sadio Mane and Mohamed Salah alternatives.

Dembele, who has suffered through an injury-ridden campaign at the Catalans this season, making just three La Liga starts since the commencement of 2019/2020, has now been touted with a move away from the Camp Nou.

Yes, get him in 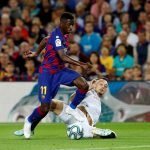 No, too injury prone

Signing for Barcelona back in the summer of 2017 in an eye-watering £135.5 million deal, Quique Setién’s side are now considering offloading the 23-year-old attacker for less than half that price according to Mundo Deportivo – with the price apparently set at a maximum £54.1 million.

After failing to sign Timo Werner from Bundesliga club RB Leipzig, with Chelsea swooping in to claim the Germany international, this report states that Klopp could be willing to sign Dembele as an attacking alternative and a different option behind the likes of Salah and Mane.

In addition to this, Barcelona are also apparently open to the possibility of a loan-to-buy arrangement, which could mean Liverpool have been boosted in their pursuit of Dembele given our alleged stance on big-money moves this summer.

Described as ‘frightening‘ by teammate and footballing icon Lionel Messi, the Frenchman managed eight goals and five assists in 20 La Liga starts last campaign as per WhoScored – potentially supporting the notion he would be worth consideration for a temporary stint.

Whether or not the Reds decide to pursue a deal is yet to be seen, but it could certainly make a statement.