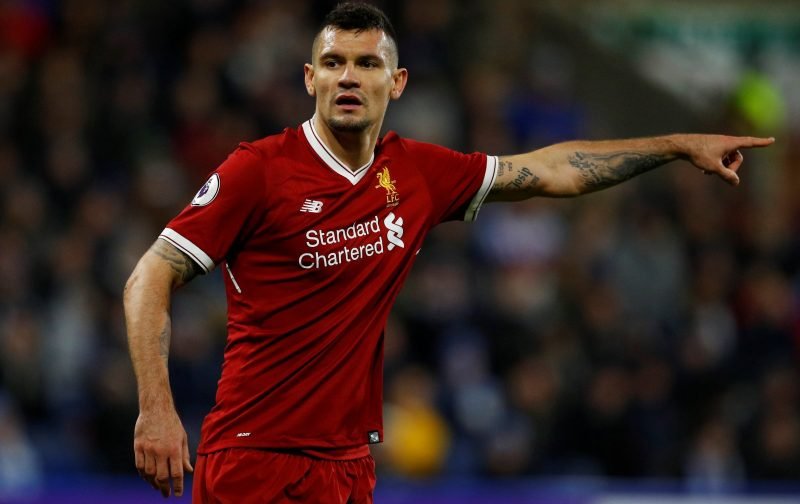 The second Premier League fixture of the season between Merseyside neighbours Liverpool and Everton finished as the first had in December with the points shared.

Despite the changes, the visitors made the majority of the running at a sodden Goodison Park in the opening half and they should have taken a 17th minute lead when the ball broke kindly to Solanke six yards out, but the former Chelsea youth’s snapshot went straight at Jordan Pickford.

The prospective England No.1 was by far the busier keeper, also repelling James Milner and holding a Virgil van Dijk free-kick.

Everton’s one attacking moment of note in the first 45 minutes saw Loris Karius produce a wonderful save to tip Yannick Bolasie’s wicked curler around the post.

Bolasie was lucky to escape a booking for standing on Ings’ ankle as half time approached; referee Michael Oliver proving surprisingly lenient throughout a keenly-fought contest.

Indeed this would end up being only the second Merseyside derby in Premier League history without a single card shown and the first since the opening match of the era in December 1992.

Liverpool continued to control proceedings at the start of second half but without really testing Pickford, although substitute Alex Oxlade-Chamberlain went close from distance following a powerful run.

The hosts finally had a concerted spell of pressure around the 70th minute mark but they continually let themselves down with a poor final ball or by someone delaying or slipping at an inopportune moment.

Sam Allardyce’s side could easily have won it in the dying minutes but Seamus Coleman couldn’t stretch out far enough to turn home a Cenk Tosun knockdown and Dominic Calvet-Lewin miscued badly with the goal at his mercy.

All things considered a draw was probably the correct result, Liverpool extending their record setting unbeaten run against their neighbours to 17 games in all competitions as a consequence (W8, D9).

Klopp agreed parity was the right outcome, telling his post-match press conference: “I think it is a fair result, we were better over most of the game and then Everton in the last few minutes had a few exciting moments in our box, which is never a good sign.

“We were not here to play a wild derby today, it would not have made sense, so I think it was quite difficult for Everton to get the game they wanted with challenges and stuff like that…

“I really thought we did well in specific moments – passing and runs with a team which was changed in five positions, especially on the left side but in the first half it was really good.

“We carried on like this in the second half, but maybe in the last 10, 12, 15 minutes the game changed. We started it with the first pass which was not good and the second was not better. Then they had a moment, the crowd was there and [they thought] ‘let’s do it.’ Our own mistake and then you saw the quality of Everton.

“It was very emotional then, but I am not sure we were too lucky because they didn’t hit the target but it was dangerous. Still, I would say it was a deserved result.”

Liverpool remain third in the league standings for now but with fourth-placed Spurs winning at Stoke City the two are now separated only by goal difference and the Londoners also posses a game in hand.

Klopp and his players now face a quick turnaround with their trip to the Etihad Stadium taking place on Tuesday at 7.45pm BST.