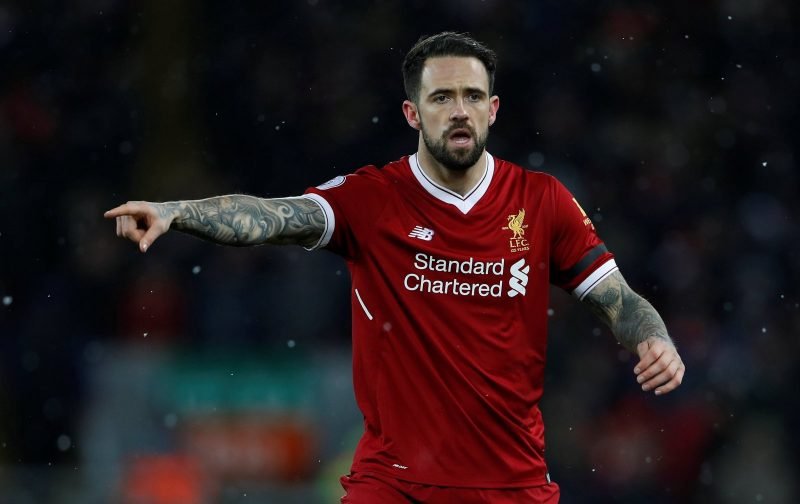 Liverpool blew the chance to help solidify a top-four Premier League finish on Saturday when two goals in nine second-half minutes pegged back their two-goal advantage over West Bromwich Albion at the Hawthorns.

Despite defeating Manchester United at Old Trafford last time out, the Baggies were effectively playing for pride, with their relegation to the Championship all but mathematically certain, making Liverpool’s late capitulation a curious and unexpected one.

Although rarely threatened from open play, the visitors had struggled to deal with crosses and set-pieces on a number of prior occasions, so it was perhaps of little surprise when a corner and a free-kick facilitated the goals from Jake Livermore and Salomón Rondón, 11 minutes and two minutes from time respectively.

Despite fielding a strong starting X1, it was at the back where the majority of the five changes had been made by Kop boss Jürgen Klopp; Joe Gomez, Ragnar Klavan and Alberto Moreno all coming into a team that had claimed a clean sheet in a comfortable 3-0 win over AFC Bournemouth last weekend.

One of the other alterations – Danny Ings in for Roberto Firmino up front – paid immediate dividends when the former Burnley forward swept home from close range inside five minutes.

It was a sweet moment for the England international who had not scored at first-team level since October 2015, enduring two serious knee injuries in the intervening period.

Ings should have added a second later on from a similar distance out but was denied by Ben Foster.

Initially, it looked like that miss, and a couple of other wasted moments of promise for the men in red, were not going to prove costly when Mohamed Salah equaled the record for a 38-game campaign with his 31st Premier League goal of the season 18 minutes from time.

The spirited hosts kept plugging away however and uncertainty in Liverpool’s box was eventually capitalised on in a dramatic finale which helped caretaker manager Darren Moore extend his unbeaten start in charge to three matches.

The result also means Liverpool have failed to beat West Brom in all three of their 2017/18 encounters; drawing 0-0 at Anfield in the league in December and losing 3-2 a month later in the FA Cup.

Analysing proceedings at his post-match press conference, Klopp took issue with some of the officiating and the quality of the pitch.

“If you made a ‘set-piece Premier League’ where only set-pieces are allowed,” remarked the German. “Then West Brom would, for sure, not go to the Championship. They are really good at that. We defended it quite well over 75 minutes, it was pretty much the only situation they had.

“Of course, it’s always difficult to defend Rondon in general and with Rodriguez around. But the boys did well, really well. We scored the first one. Then the pitch got drier and drier, that’s not an advantage for the football-playing side…

“We scored the second, all good so far. I couldn’t see that the boys finished the game mentally or said ‘OK, that’s it now.’ We knew each set-piece can be a real threat, and then it happened. The first goal was after a corner. I didn’t see it a second time but it looked similar to our first goal – bam, bam, bam and scored from a short distance.

“The second goal was no foul; [there were] plenty of free-kicks for West Brom in different situations. That was not a foul but it was the best position they could get for what they are strong at. Then they scored the second. Now we have to take it.”

The dropped points are unlikely to prove too costly for Liverpool come the final reckoning with the Champions League semi-finalists remaining third and extending their cushion to fifth-placed Chelsea to eight points.

The first of their final three league fixtures is at home to another likely relegation candidate, Stoke City, on Saturday, but before then the Reds welcome AS Roma to Anfield on Tuesday night.