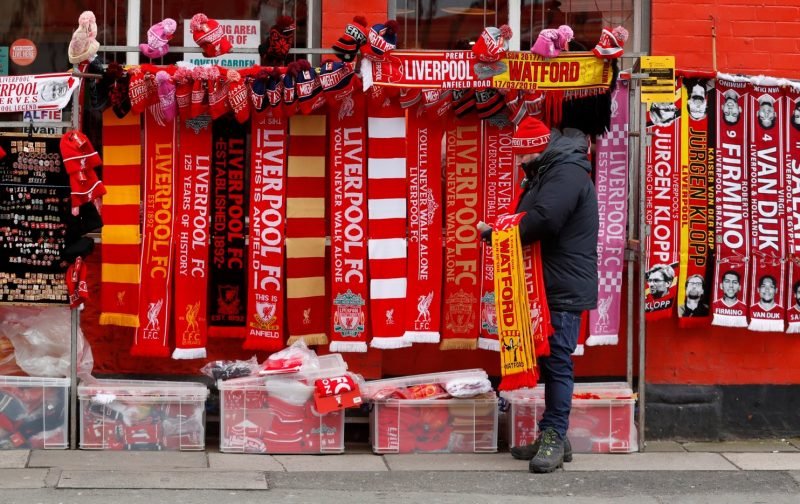 The January transfer window has become an integral part of the football calendar in recent years, even if many clubs and managers tend to be less than enamoured by the onset of inflated prices and panic buying that can often accompany it.

After a quiet and largely uneventful first few years – Liverpool made no permanent signings under Gerard Houllier in either of the first two January transfer windows – the Reds have been involved in some of the most memorable January deals of recent times.

For the most part, that statement can be taken in a positive context, with some of the club’s recruits becoming massive successes, but there are of course some notable exceptions.

In terms of successes, the 2006 January window holds a special place in the hearts of many Kopites, with the shock return of iconic forward Robbie Fowler, on a free transfer, completed in addition to the arrival of popular Danish defender Daniel Agger (£5.8m).

Probably the most famous January window of all-time was the record breaking 2011 edition when Liverpool, under the stewardship of the iconic Kenny Dalglish, belatedly sold star striker Fernando Torres to Chelsea for £50m before rushing through a £35m deal for a replacement, in the imposing shape of Andy Carroll, all in the final hours of deadline day.

Neither move worked out and the appointment of Brendan Rodgers in June 2012 signalled the beginning of the end for Carroll after the Northern Irishman deemed him unsuitable for his intended style of play.

After a year away on loan, the Geordie target man joined West Ham United on a permanent transfer in the summer of 2013 for a mere £15m.

Despite picking up a League Cup winners medal and scoring the winner in an FA Cup semi-final against neighbours Everton, Carroll will forever be viewed as an expensive, injury-prone mistake.

Thankfully, also in the 2011 window, Dalglish oversaw the Anfield arrival of a far more successful striking recruit in Luis Suarez.

If Carroll is now widely regarded as the archetypical panic buy, Suarez, a £22.5m signing from Dutch side Ajax, is seen as someone who had the opposite impact and provided his new club with some much-needed impetus.

The Uruguayan arrived on Merseyside at a time when Liverpool were at an incredibly low ebb following a protracted ownership court case that threatened the club’s very existence.

On the pitch, the Reds had been languishing in the bottom half of the table under Dalglish’s predecessor Roy Hodgson, suffering defeats to the likes of Blackpool, Wolverhampton Wanderers and, in the League Cup, League Two strugglers Northampton Town.

Suarez’s infectious work-rate and tenacity instantly won over the fans, who believed they had finally found someone worthy of wearing the club’s famous No.7 shirt.

A series of serious disciplinary problems would ultimately prevent him being revered in quite the same light as some of the greats of the past but, when purely letting his feet do the talking, his technical qualities and natural ability were perhaps unsurpassed.

In total, during a three and a half year spell at the club, Suarez scored 82 goals in 133 appearances, many of them memorable.

31 of those goals came in 33 league appearances during the 2013-14 campaign when the Salto native was widely accepted to have elevated himself into the top three players in the world (alongside Lionel Messi and Cristiano Ronaldo).

His departure, for £75m to Barcelona in July 2014, is still keenly felt now with the club dramatically failing to replicate the vibrant performances produced while the controversial frontman was in their ranks.

The swashbuckling theatrics of the 2013-14 season, in which Liverpool narrowly missed out on the Premier League title, were not solely down to Suarez though.

A couple of other January acquisitions, made by Rodgers the previous season, played a significant part in propelling the Merseysiders to runners-up spot.

Daniel Sturridge (£12m) and Philippe Coutinho (£8.5m) had been bit-part players at Chelsea and Inter Milan respectively when the Anfield club invested just over £20m for the pair.

Sturridge in particular immediately hit the ground running with 10 goals in his first 14 league appearances.

His partnership up front with Suarez the following season yielded 52 of Liverpool’s 101 league goals and, despite a shocking injury record in recent times, the former Manchester City striker boasts a fantastic overall return of 44 goals in 72 games for the club.

Coutinho, meanwhile, has grown in prominence as the seasons have passed and is now seen by many, including recently departed skipper Steven Gerrard, as Liverpool’s ‘main man’.

The fleet-footed 23-year-old is the team’s chief creative conduit but has also finally begun to add more goals to his game with five in 14 league appearances so far this season.

Coutinho will hopefully resist the inevitable lures of Real Madrid and Barcelona that await and remain a fulcrum in new boss Jürgen Klopp‘s team for many years to come.

Speaking of Klopp, if he delves into the market this month it will be the first time in three seasons Liverpool have done so.

Injuries and inconsistent form may well force the German’s hand but, at present, the indications are that any arrivals are likely to be promising youngsters or temporary loans as opposed to eye-catching, big name signings.