Liverpool linked with move for £40.50m Brazilian wonderkid dubbed ‘the next Neymar’ 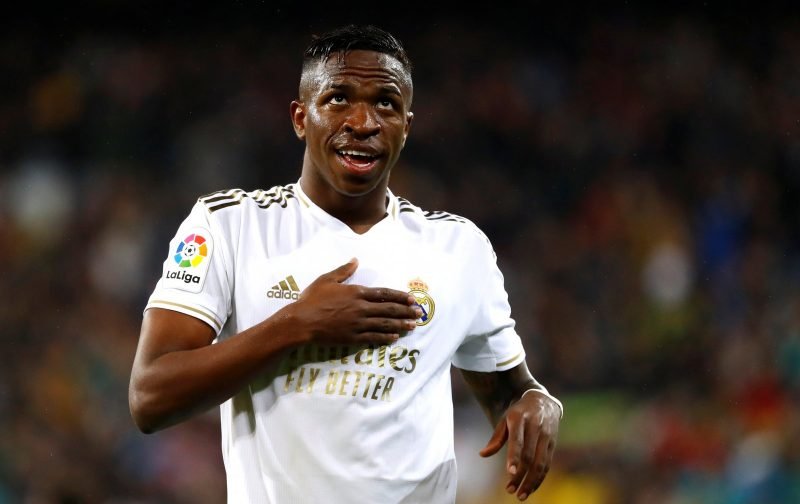 It has been reported that Liverpool are one of many club’s interested in a move for 20-year-old Brazilian winger Vinicius Junior from Spanish club Real Madrid, with PSG and Arsenal also linked with the youngster.

The news comes from Spanish outlet Diario, via the LiverpoolEcho, that Real are happy to let Vinicius leave in the summer and the Reds are reportedly interested in bringing the youngster to Anfield – with him providing further options up top for the Reds alongside our usual wingers Sadio Mané and Mohamed Salah.

According to The Telegraph, Real are also trying to raise funds for a move for Frenchman Kylian Mbappe who the Reds have also been heavily linked with over the past year and have been named one of the likelier club’s to land Mbappe’s signature in the future.

Would you like to see Vinicius Junior at Liverpool? 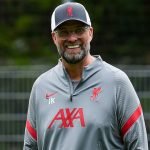 Due to PSG’s asking price for Mbappe, Real will need to raise a hefty amount if they hope to sign him, with them spending £40.50 million on Brazilian Vinicius back in the summer of 2018 and I can’t imagine they will want to take a significant loss on the winger given the need for extra money in their budget.

With a current market value of £36 million according to Transfermarkt, a value that has dropped from £63 million over the past few years with the 20-year-old falling further out of favour with current manager Zinedine Zidane.

Vinicius was once dubbed as the next Neymar prior to his move to the Spanish capital from Flamengo just two and a half years ago but this season hasn’t been able to show his best. Despite making 15 appearances in La Liga, seven of those have come from the bench and he has only managed 2 goals and 1 assists from those appearances.

He is definitely a talented young player and still has a long a bright career ahead of him but I don’t think that will be at Liverpool – with the Reds likely to look at other options in the future in regards to attacking players.

What do you think Liverpool fans, would you be interested in Vinicius Junior? Let us know your thoughts in the comments section down below…