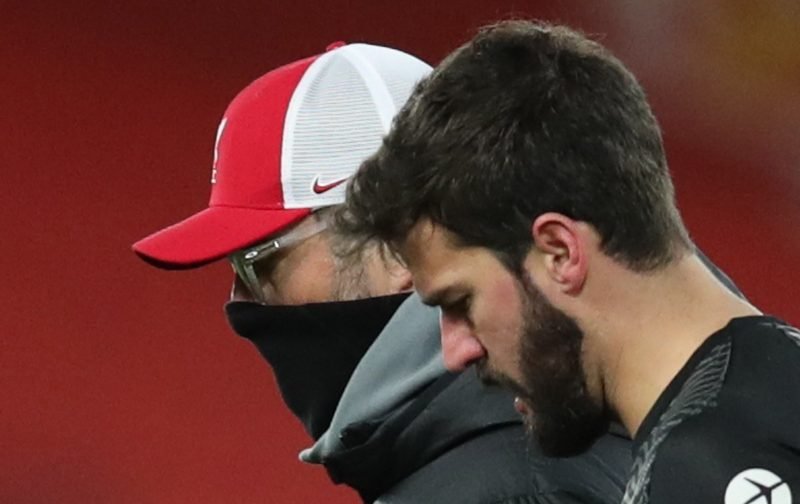 At the start of this season, I felt pretty confident that Liverpool would retain their Premier League title, with new additions to the squad such as Diogo Jota and Thiago all helping to strengthen the Reds’ already title-winning team.

Jurgen Klopp’s side got off to a fairly strong start in the league with three wins from their first three games but things soon started to go downhill, with losses to Aston Villa, Southampton, and now Burnley in between numerous draws against weaker opposition – Liverpool now find themselves fairly distant in this seasons title race.

In my opinion, Liverpool have gone from starting the season as title favourites to now facing a battle for a top-four spot by the end of the campaign, with our recent form leaving us behind the rest of the pack and our opponents’ form continuing to provide better results.

It is a stark contrast from last season where the Reds were a cut above the rest, winning the league by 18 points and showing themselves as one of the best teams in the world – with us now facing a real challenge to secure a Champions League spot which would likely have a huge impact on our summer spending if we were to miss out.

The harsh reality is that we’re no longer favourites for the title and I really don’t see us winning it this season – our next lot of fixtures still pose some tough challenges even when we’re in form, so given our current performances, things will no doubt get worse before they get better.

Goals have dried up and results too – with us failing to win any of our last five league games collecting just 3 points from a possible 15 available. It is awful to see given the quality and standard that we have been used to over the past few years during Klopp’s reign but it is clear this is the worst period of his Liverpool tenure and I don’t see how we’re going to get out of this dip.

What do you think Liverpool fans, do you think we’re in a top-four battle? Let us know your thoughts in the comments section down below…