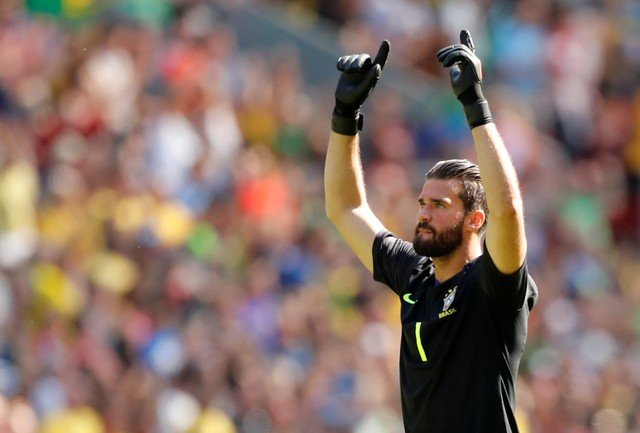 In recent times, bar the season under Brendan Rodgers when Liverpool, in the absence of the departed Luis Suarez and perpetually injured Daniel Sturridge, had to choose between Mario Balotelli, Rickie Lambert and Fabio Borini up front, it has always been at the back where they have floundered most.

Year-after-year fans have called for defensive reinforcements but those that did arrive underwhelmed on the anticipation front and duly failed to improve things on the pitch.

While Liverpool were regularly involved in lucrative, headline-grabbing transfers, it was predominantly outgoings and not incomings filling column inches and social media feeds.

Not now. In the space of seven months the Merseysiders have acquired both the world’s most expensive defender and goalkeeper, plus one of the most highly-regarded holding midfielders around in Fabinho.

Add to that the emergence last season of full-backs Trent Alexander-Arnold and Andrew Robertson and a long-time weakness now looks a major strength.

Spending over £140million on two players – let alone a defender and a goalkeeper – will no doubt lead many to again question where the modern game finds itself, but to the majority it merely underscores Liverpool’s renewed desire for success.

It took American owners Fenway Sports Group a while to grasp the realities of ‘soccer’, and the unique demands of a club of Liverpool’s stature and history, but their detractors have dwindled markedly.

They may remain largely in exile but, vindicated by the success of their decision to stay at Anfield and expand, John W. Henry and co. have earned favour simply by backing manager Jürgen Klopp in the transfer market.

After dabbling with both a buy English policy and a moneyball approach focused on resale value, not to mention the much-criticised transfer committee, FSG have released their conservative shackles and, aided by sporting director Michael Edwards, adopted a refreshingly old-school approach of simply getting the manager what he wants.

Since his arrival in January, Virgil van Dijk has emphatically proved he was worth waiting for after the club’s aborted, and somewhat embarrassing, attempt to purchase the big Dutch centre-back last summer.

Brazilian shot-stopper Alisson will now be expected to follow suit as Liverpool look to make last season’s trip to the Champions League final a regular occurrence, whilst also finding the balance of challenging domestically at the same time.

In an area of the pitch where the Reds have long been markedly inferior to their main rivals, he promises to be a significant improvement on both Simon Mignolet and Loris Karius.

Throw in the exciting £50million+ arrival of Naby Kieta in midfield and a dynamic back-up attacking option in Xherdan Shaqiri, and Liverpool look all-set for the season to come.

I for one am confident that good times are upon us and silverware will soon arrive at Anfield for a first time since 2012.