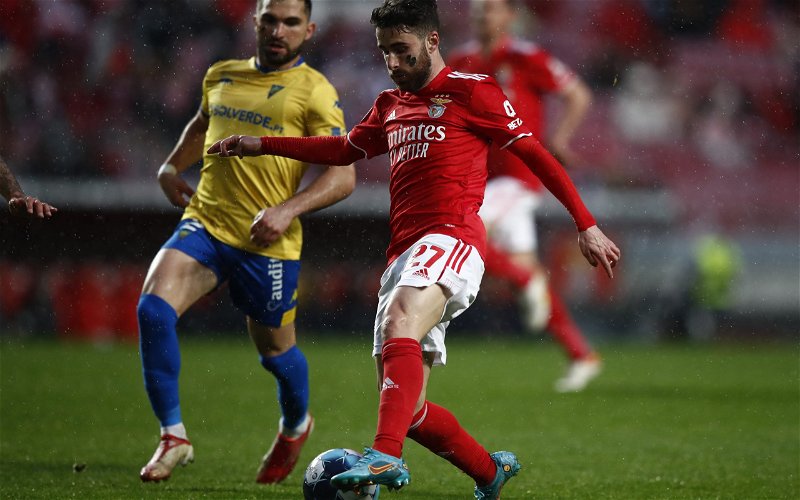 Liverpool signed Darwin Nunez for a club-record fee of £85 million and whilst scouting the forward another talent at Benfica caught their eye.

According to The Athletic, Rafa Silva wowed Julian Ward and Liverpool’s recruitment team when the club were accessing whether to make a move for Darwin Nunez.

Silva and Nunez were a formidable partnership last season, a campaign that saw Nunez become one of the hottest properties in European football, something that Silva played a huge role in.

Nevertheless, despite Silva impressing Liverpool scouts on all fronts, there was one factor that the Reds team highlighted that would be a problem if they were to make a move for him.

🇵🇹❗️#Liverpool scouts were impressed by Benfica’s Rafa Silva in the process of their research on Darwin Nunez and had the right-sided attacker been a few years younger, then maybe Mohamed Salah’s future would have become a little clearer.

At the age of 29, Silva doesn’t fit the bill for the type of talent Liverpool would move for; the recruitment team are looking for young players who can be molded by Jurgen Klopp into some of the world’s best footballers.

This means a move to Merseyside won’t likely materialise, which is a shame, as the winger has the qualities that would suit Liverpool’s style of play and the Premier League in general.

Despite Liverpool’s interest in the winger being all but finished, it wouldn’t be surprising if another Premier League giant made a move for Rafa; Chelsea and Arsenal are both in dire need of a winger and the Portuguese international certainly fits the bill.