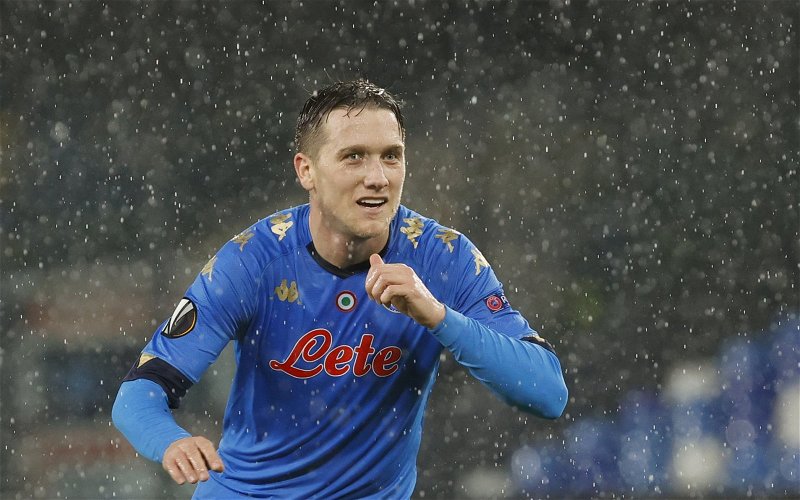 The summer transfer window is edging closer and Liverpool will likely be faced with a huge task on their hands of trying to replace the outbound Georginio Wijnaldum in midfield.

With just a few months left on his contract, Wijnaldum has been free to negotiate with other clubs since January over a pre-contract agreement ahead of the summer transfer window with Barcelona becoming his most likely destination at first but that has recently been all but confirmed after reports suggested he had already agreed on a deal with the Catalan club.

There have been plenty of names dropped into the conversation over a possible replacement for Wijnaldum but one player that was close to a move to Anfield back in 2016 from Udinese is Polish midfielder Piotr Zielinski, who has impressed during his four and a half years with Napoli and has been tipped for another move to Liverpool with the club tracking his progress according to Radio Kiss Kiss Napoli, as cited by AnfieldWatch on Twitter below…

Along with Liverpool, both Manchester City and Barcelona are keeping tabs on the Polish midfielder and it is easy to see why given his impressive stats from this current season so far.

With 6 goals and 6 assists from 25 games so far this campaign Zielinski has become an important component of Gennaro Gattuso’s side – so much so that the interest of some of Europes biggest clubs, including Liverpool, are keeping their eye on the 26-year-old ahead of the summer window.

I think that Zielinksi would be a great replacement for Wijnaldum but one of the more concerning parts is that the club went in for him previously and he turned us down – but that was a different time back then and was a few months before Jurgen Klopp took over the club, since then this is a very different Liverpool compared to the one that tried to sign him before.

What do you think Liverpool fans, would Zielinski be a good signing? Let us know your thoughts in the comments section down below…