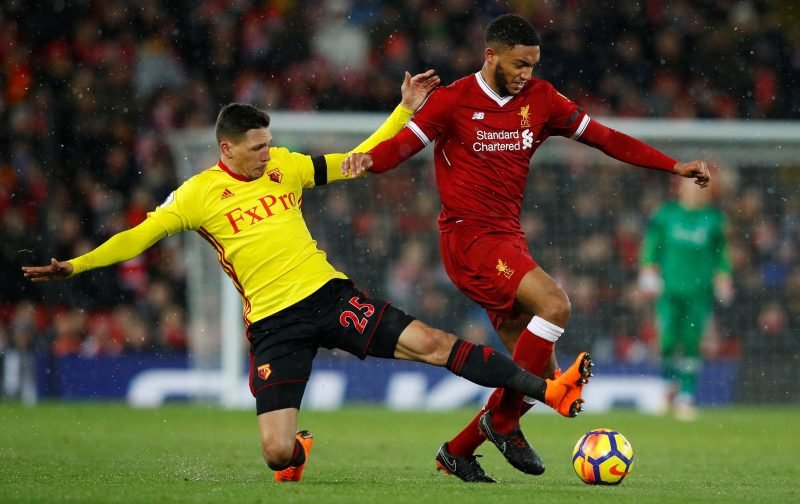 Which players are likely to be unavailable when Liverpool take on West Bromwich Albion?…

Despite a rare week off between games Liverpool will still be missing a number of players through injury when they travel to West Bromwich Albion on Saturday.

Kop boss Jürgen Klopp remains hopeful that important midfield duo Emre Can (back) and Adam Lallana (thigh) will feature again this season but it won’t be this weekend.

Joining them and Joël Matip, whose season is definitely over due to a thigh issue, on the sidelines will be full-back Nathaniel Clyne (muscular).

Defenders Joe Gomez (ankle) and Dejan Lovren (knock) are expected to be involved against the Baggies however.

Klopp, speaking at his pre-match press conference on Friday, has promised a strong team selection, indicating that top-scorer Mohamed Salah will be amongst those starting.

In response to suggestions that he might rest players ahead of Tuesday’s Champions League semi-final first leg against AS Roma, Klopp remarked: “We never did it like that. We have to have a really strong line-up.

For the hosts, interim boss Darren Moore welcomes back Jonny Evans (knee) and Hal Robson-Kanu (concussion) into his matchday squad.

The fixture is likely to come too soon for former Tottenham Hotspur man Nacer Chadli though, as he continues to build-up his fitness after a long layoff.

Elsewhere, Gareth Barry and James Morrison are out with knee and Achilles injuries respectively and on-loan striker Daniel Sturridge is ineligible against his parent club.