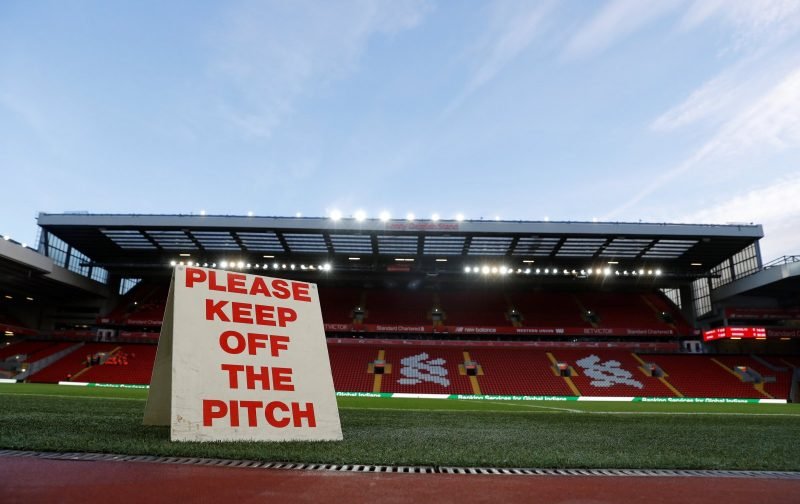 Ahead of their Champions League semi-final with Roma, financial figures compiled by the Liverpool ECHO have revealed that Liverpool have already pocketed £57million from their exploits in the competition this season. Going all the way could see the club rake in more than £70m.

Mohamed Salah has been included on a six-man shortlist for the PFA Players’ Player of the Year award. The Egyptian joins Kevin de Bruyne, Leroy Sane, David Silva (all Manchester City), David de Gea (Manchester United) and Harry Kane (Tottenham Hotspur) in the running for the prestigious accolade – which is voted for by PFA members from the 92 Premier League and Football League teams.

It was a highly successful week for the former Chelsea and Roma man, with another three personal accolades snared. Firstly, Salah received his sixth Standard Chartered LFC Player of the Month award of the season for his performances in March. The 25-year-old comfortably finished ahead of Andrew Robertson and Alex Oxlade-Chamberlain in the official online poll for that one.

Salah then scooped his third Premier League Player of the Month award of the season – the first time a single player has done so in a single campaign. Six goals in four appearances helped the wideman beat Romelu Lukaku, David Silva, Son Heung-min, Cenk Tosun and Chris Wood to the prize.

Finally, Salah’s deft dink versus Manchester City in their quarter-final second leg won him the Champions League Goal of the Week award. The summer acquisition saw off competition from Oxlade-Chamberlain, as well as Cristiano Ronaldo (Real Madrid), Luis Suarez (FC Barcelona) and Mario Mandzukic (Juventus) to land it.

There was also a European award for Sadio Mané who was named Champions League Player of the Week after winning an online UEFA vote. His performance against the Citizens helped to overcome the challenge of Edin Dzeko (AS Roma), Mario Mandzukic (Juventus) and Arjen Robben (Bayern Munich).

Following confirmation of Liverpool’s involvement in the International Champions Cup this July, the Reds now know who they will be facing, as well as where and when. The trio of American pre-season fixtures will begin against Borussia Dortmund in Charlotte on July 22, followed by Manchester City in New Jersey on July 25 and climaxing with Manchester United in Michigan on July 28. Visit internationalchampionscup.com for more information on the competition.

Anfield will stage a World Cup warm-up friendly between Brazil and Croatia on June 3. Both teams are Russia-bound this summer and kick-off is scheduled for 3pm BST. Visit Liverpoolfc.com for further information and to book tickets.

Liverpool Ladies’ scheduled trip to Reading has been brought forward 24 hours to Saturday May 12. The Women’s Super League clash will take place at the Madjeski Stadium, with kick-off set for 2pm BST. Scott Rogers’ charges are next in action at Bristol City Women tonight (Wednesday, April 18).