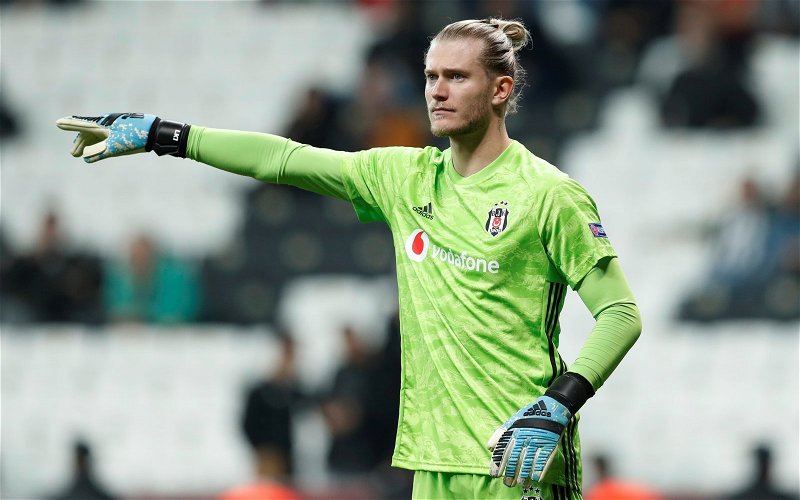 According to a report from reliable Liverpool correspondent Neil Jones for Goal, Ligue 1 side Montpellier are ‘keen‘ on signing goalkeeper Loris Karius – but the Reds aren’t willing to let him leave Anfield for a penny less than £6 million.

Karius, who has been out on loan at Besiktas over the past two seasons since Jurgen Klopp opted to sign star shot stopper Alisson, is now attracting interest from Montpellier as the French side look to sure up their defence.

The German featured regularly during our 2017/2018 Champions League run to the final but famously made two crucial errors as Real Madrid sealed a 3-1 win against us in Kiev.

High profile errors, Karius had to endure major criticism from both supporters and the media before jetting off to Turkey on a temporary spell – with Liverpool now open to the possibility of selling him for the right price.

As stated by Goal, Michael Edwards and co would only be willing to part ways for the sum of £6 million – even if Karius opted to return to his homeland instead of Melwood upon the expiry of his loan spell.

Spending two years in Istanbul, Karius made 67 appearances in all competitions before terminating his contract over unpaid wages.

Klopp, despite the latter stages of his Anfield career, still rates Karius as a ‘fantastic‘ goalkeeper and was happy that he could secure a temporary move to the Turkish giants before the start of our 2018/2019 season.

Whether or not Montpellier is his next destination remains to be seen, but given his past promise, it’s arguably unfortunate Liverpool could now let him go for a meagre fee.