‘Liverpool will be in the race for him’: Fabrizio Romano adds fuel to the fire that Reds will sign starlet next summer 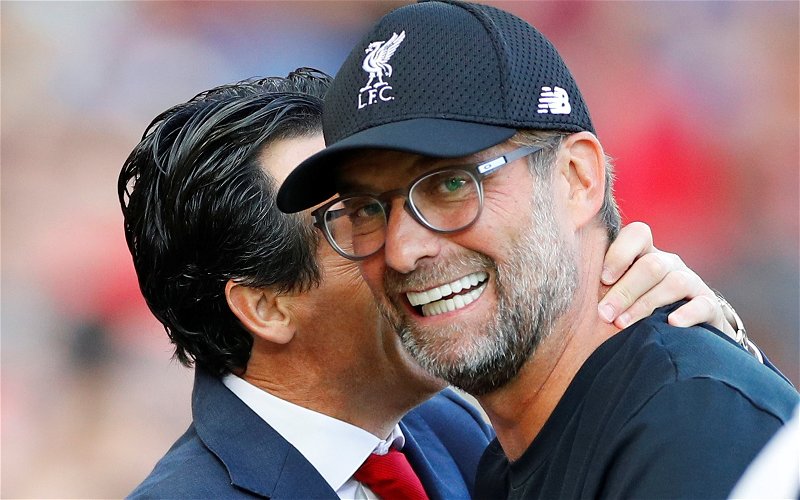 Liverpool will go all out next summer to sign England international and Borussia Dortmund starlet Jude Bellingham with Jurgen Klopp rating the midfielder very highly.

Top transfer journalist Fabrizio Romano has added fuel to the fire of the Reds making a move for Bellingham in an interview by Wett Freunde, claiming Liverpool ‘will be in the race’ for him next summer.

“I think Jude Bellingham will stay at Borussia Dortmund this summer. I have no doubts about that,” claimed Romano. “Dortmund are convinced that the player will stay and he is ready to stay. I don’t see any problems between the two parties.”

“I’m sure Liverpool will enter the race for Jude Bellingham next summer. And not just Liverpool. Because all top clubs, not only from England, but also from Spain, are watching the situation around Jude Bellingham.” [@FabrizioRomano via @wettfreunde] pic.twitter.com/UVK9n2zkdn

Romano went on to claim in the interview that Liverpool won’t be the only club chasing the teenager’s lucrative signature next summer, with other top Premier League and Spanish clubs ready to battle it out with the Reds.

“Let’s wait and see what Borussia Dortmund plans to do next summer,” he stated. “But Liverpool will be in the race for him. And not just Liverpool. Because all the top clubs, not only from England, but also from Spain, are monitoring the situation around Jude Bellingham. I’m sure when the moment comes, Liverpool will be there.”

This is great news for any Liverpool fans who were wary of the club’s actual interest in the top midfielder, however, if past experiences in the transfer window are anything to go by, the Merseyside club won’t want to be part of a bidding war.