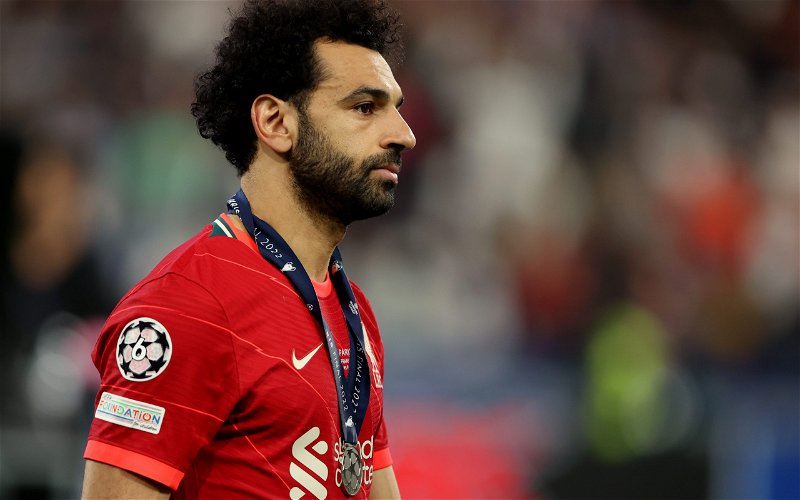 Liverpool are reportedly gearing up for Mohamed Salah to leave the club next summer with contract negotiations failing to move forward in recent months.

The 30-year-old’s contract runs out in 2023 and Salah wants one last big contract to see out his playing career at Anfield.

Reports suggest the Eygpt international wants to earn £400,000 a week, however, the Merseyside club are unwilling to budge on this due to the player’s age.

According to The Mirror, Salah is unlikely to sign a new contract with the Reds unless they give him the salary he desires and he will leave on a free next summer.

Liverpool forward Mohamed Salah, is expected to leave at the end of the 2022-23 season as a free agent.

Salah has scored 156 goals in 254 appearances since joining the Reds in 2017. (Mirror) pic.twitter.com/EGIKWmCS9d

Europe’s top clubs are on red alert and will battle it out for Salah’s signature; Real Madrid, Barcelona and Paris Saint-Germain have all been linked with a move for the Egyptian.

Nevertheless, Liverpool are still confident they can find a solution to the matter and still have high hopes that Salah will extend his time at the club on their terms.

In 254 appearances for Liverpool, Salah has scored 156 goals and assisted 63 times in all competitions, an astonishing record when you consider Jurgen Klopp signed the forward for a measly £37 million from AS Roma in 2018.