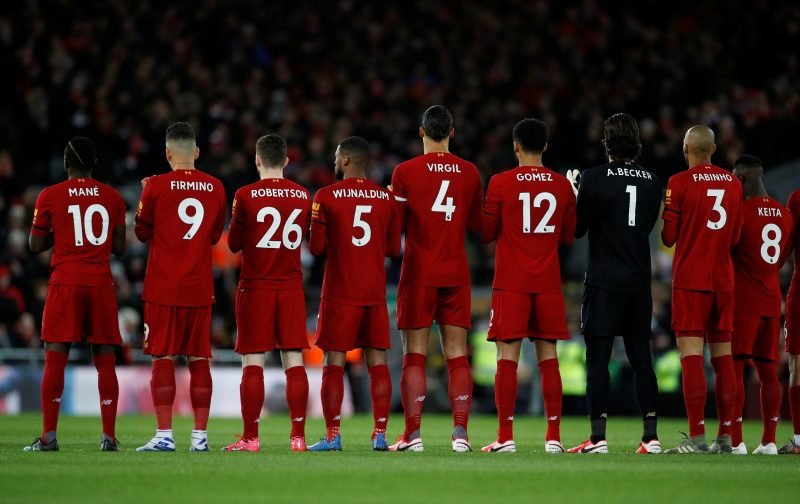 Plenty of Liverpool fans have been reacting to a potential solution that has been presented to get by the current global situation.

The Premier League is currently postponed until at least April 3rd due to the coronavirus pandemic, with methods being analysed to complete the 2019/20 campaign.

We sit top of the Premier League and require just two wins before we are confirmed as this season’s champions, and our first league title in 30 years.

The Independent revealed that league officials are looking into finishing the season between July and September, which would delay the start of next season in order to find a way to honour the postponed and remaining fixtures.

It’s the only way. If we were only 10 games in it would be different,but we’re at the business end of the season.The new one can’t start until the last one has finished as it’s not just the Champions,it’s Europe,Relegation and Promotion which needs to be sorted.

Most sensible thing I’ve heard all day. If it means scrapping the cups next season scrap the cups. The existing season is the most important thing

100% correct but I wonder what happens to the transfer window

This is the most logical scenario and that isn’t said with my Liverpool tinted glasses on. You absolutely have to finish the season and tournaments in progress rather than cancel it to potentially not even be able to start the next one on time. Postpone until safe to play again.

Fairest outcome. The current season is over 75% complete – it needs to be finished to maintain the integrity of the competition in future seasons. Ending it now makes the premier league feel unofficial.