“No chance that happens” – These Liverpool fans rubbish talk of £120,000-a-week ace leaving 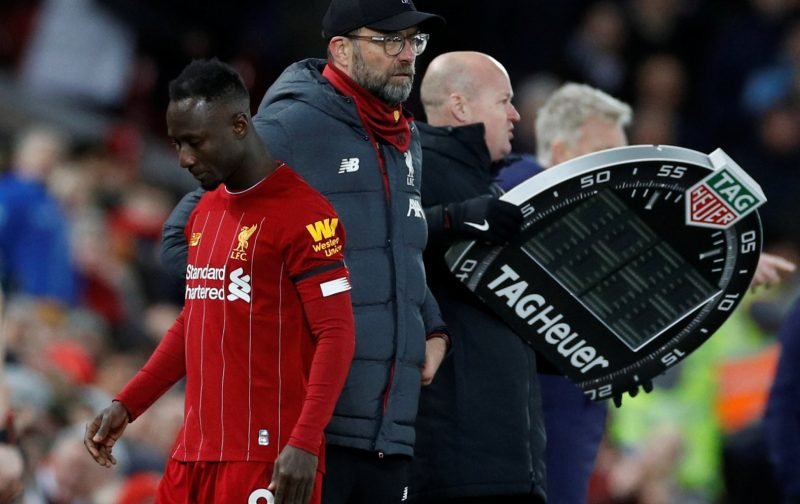 Liverpool fans have been reacting to talk that midfielder Naby Keita could be on his way out of the club in the summer and move back to his former side RB Leipzig, according to reports.

The Guinea international arrived at Anfield from the German outfit for £48m in 2018 and has struggled since his introduction into the Premier League.

Despite having never lost a game in England’s top tier, Keita has yet to establish himself properly in a Liverpool shirt, in the manner that he has with his previous team in the Bundesliga. Jamie Carragher slammed him last month by saying that his actions do not back up his stats.

Bild reported that his former side would welcome him back with open arms and his return would propel Leipzig back among the top clubs in Europe.

The £120,000-a-week man has just six goals and two assists in 51 appearances for us but has struggled with various muscle injuries during that time.

With this in mind, supporters rubbished the rumours and made their feelings clear about them on social media. One fan said that this would never happen.

We kept a crippled Lallana for years. No way we let him go this soon.

If keita leaves, i will blame klopp for that. Because, Klopp doesn’t give him more playing time but keita is better than gini and ox.

You would be mad to sell Keita.

I really don’t want him to leave

No chance that happens