“Offer him a new contract”, “Truly a leader“- Many LFC fans flock to “fantastic” update 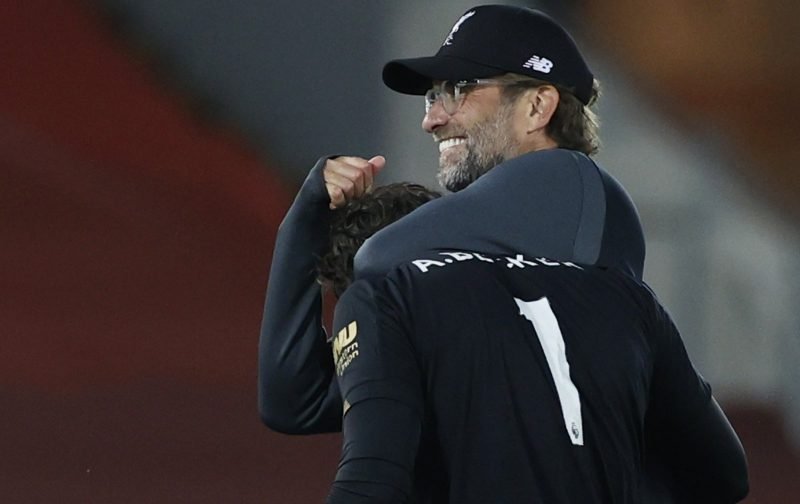 Writing an open letter to the Liverpool Echo, Reds boss Jurgen Klopp updated the supporters with a special thank you message for their loyalty over the past season whilst going on to express his love and admiration for the city itself – prompting many supporters to drool over his ‘fantastic’ words.

After 30 years of hurt, the fan base can now celebrate as Liverpool were crowned Premier League champions last week after Man City’s 2-1 away defeat to Chelsea.

Klopp, among many other factors, was one of the key reasons behind our title triumph – assembling the 2019/2020 squad over the course of his five-year tenure to date.

Indeed, since the German’s appointment in late 2015, Klopp oversaw the key signings of Virgil van Dijk, Alisson, Mohamed Salah and Sadio Mane – as well as applying his own gegenpressing style at Anfield.

Now, responding to his heartfelt letter in the Echo, many supporters have expressed their gratitude for his work – find all of their best comments down below.

Need to offer him a new contract till 2050

What a fantastic letter from a wise man, thousands of fans will read this and unfortunately they will not hear the words they read. I hope I’m wrong and that the people in the city make jurgen proud

Jurgen is truly a leader

So much love for the boss😍 pic.twitter.com/217tqr7qLZ

Forget his football managerial ability and what he’s achieved on the field, this is brilliant leadership, from a genuine and fantastic man.

People need to take note and heed the warning. The more who comply, the sooner we can celebrate properly and get back into Anfield. #LFC

Wise words as always let’s all play our part YNWA

It’s absolutely impossible to not love this man. What an inspiring and charismatic leader and just a great man! He always uses, “We, they, you”, it is rarely about “I”, himself. His words are so poignant. Such a blessing he walked into this club, and into our lives. #YNWA