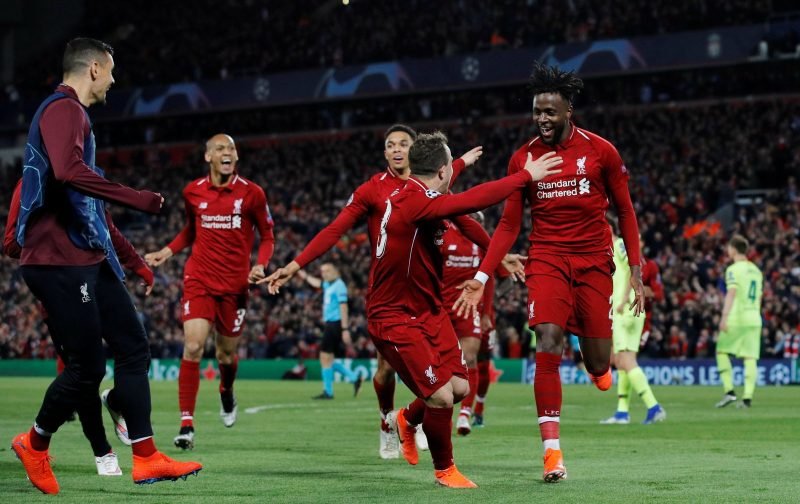 Liverpool’s last set of results have told us a lot.

Before the Premier League and football as a whole came to a stuttering halt due to the ongoing coronavirus pandemic, the Reds have been on a shocking run and probably their worst in a while.

We have been excellent over the years when it comes to recruitment. Sporting director Michael Edwards has been showered with praise over the years for his ability to negotiate. With this in mind, there are still a few players in Jurgen Klopp’s side that have either run their course or are not good enough moving forward.

After four defeats in our last six games, our squad’s strength in depth is not as strong as we first thought.

Divock Origi will forever be a cult hero at the club for his part in Merseyside Derbies and last season’s Champions League run. With just three goals in five starts and 22 appearances this season, and an average of just 0.5 shots and 0.3 key passes, he is performing at a standard that is way below what we require.

The Mirror revealed that Xherdan Shaqiri will be let go in the summer after rejecting two loan bids in January, and understandably so. If he had stayed fit, it may have been a different story for the Switzerland international. However, his calf injuries have frustrated me, as well as Jurgen Klopp.

Finally, Dejan Lovren has certainly run his course at the club. The number of mistakes that he has made since his arrival at Anfield has been alarming, as well as spewing vomit across the media about how he is one of the best defenders in the world.

Jamie Carragher told the Maych X Pajak Podcast that he continues to make the same mistakes and tries to fight everyone he comes up against. For me, he is the third player that needs to leave.

This will free up £225,000 worth of wages per week to spend strengthening the squad. If these players leave, it will put us in a strong position for next season.