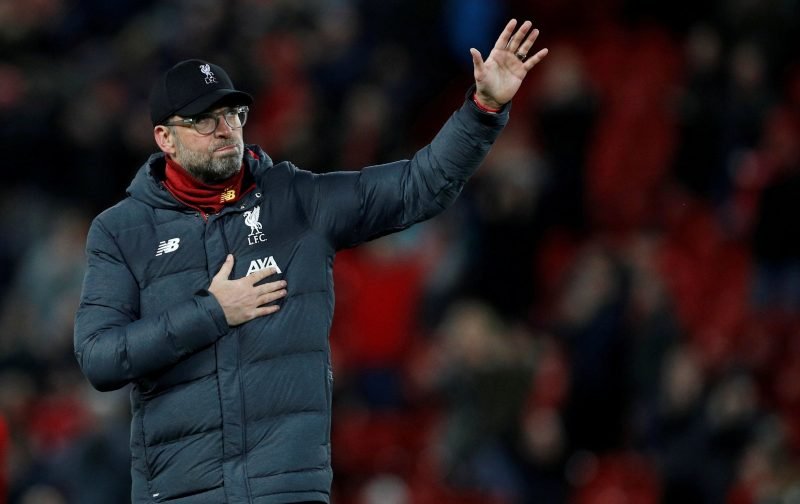 I’m not here to issue an upbeat tone to divert everyone’s disappointment. But was Wednesday night really the end of the world?

Don’t get me wrong, I am equally as disappointed and share all of the feelings of bemusement as you do reading this.

Those that remember, I felt myself going all nostalgic to the 2006 Champions League season, where Benfica knocked us out at the same stage as the reigning champions. Lost 1-0 in the first leg, lost at Anfield, too many similarities.

We would all have loved another Barcelona-style comeback, wouldn’t we? But it just wasn’t meant to be.

Were Atletico Madrid lucky to go through?

One thing that Jurgen Klopp does not want to do is start throwing out excuses in a Jose Mourinho-like manner.

The Portuguese tactician famously said he wished he had a “Black & Decker” to destroy Sam Allardyce’s wall during his side’s 0-0 draw in 2014. Klopp was treading along a similar path after the Atletico defeat.

It was well documented about how Diego Simeone was going to set out his team. The frustration was evident from the German’s face during his press conference. However, to criticise the Argentinian’s tactics is bizarre.

This is football, unfortunately. Whether it is aesthetically appealing on the eye or not, Klopp was tactically outclassed by Simeone, and it pains me to admit that.

These are the reasons why the Reds have to get back to winning ways at Goodison Park, and what a place to do it. With just two wins away from securing Premier League glory and our first league title for 30 years. Even though standards have dropped with a string of poor results, the players and the boss should be right up for this one.