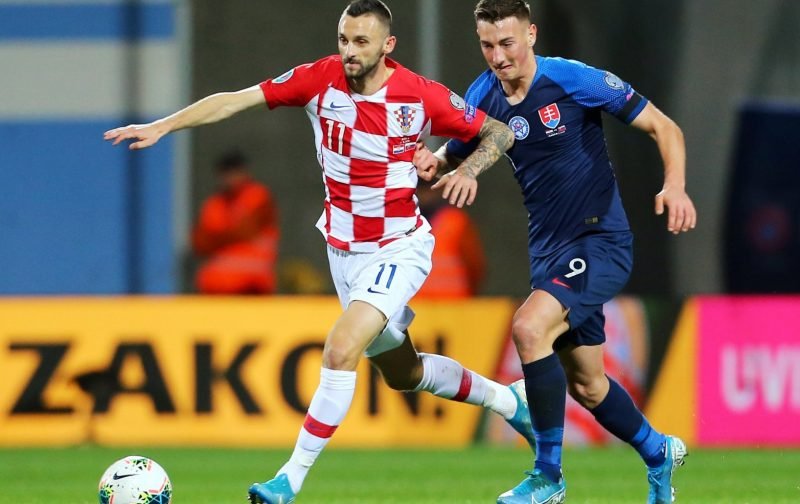 Speaking to Football Insider, pundit Paul Robinson has implored Liverpool to sign a ‘top player‘ like Inter Milan midfielder Marcelo Brozovic – going on to claim he could be a smart addition if we want to remain at the pinnacle of English football.

Robinson, who made 422 league starts across four different clubs during his playing career, has now come out to suggest that Liverpool sign Brozovic in order to retain their status as one of the top clubs in Europe – with the likes of Jordan Henderson and James Milner potentially needing to be replaced in the near future.

Brozovic has started 22 Serie A games this season for the Nerazzurri, scoring three goals and assisting five others in the Italian top flight, with the Reds reportedly taking notice of his exploits.

According to Milan based newspaper Libero, Liverpool have ‘made contact’ with the player’s representatives over a potential move for the 27-year-old – with the club wanting to establish initial information as they prepare for a summer swoop.

Could Brozovic succeed Henderson in midfield?

Pundit Robinson, who seems to be a huge admirer of the Reds target judging by his comments to Football Insider, has hinted that Brozovic would be the ideal candidate to replace Henderson or Milner once their times expire at Anfield.

Indeed, the former England shot-stopper described Brozovic as a ‘top player’ both at club and international level – going on to suggest that central midfield is a key area manager Jurgen Klopp needs to address in the coming transfer window.

“You look at the Liverpool squad and eventually it is going to need refreshing. Henderson has had an outstanding season but players like him and Milner are not going to be able to play week in week out and the squad will need to be refreshed.

“New faces are going to come in and Brozovic is the level of player that Liverpool are looking at.”

Robinson may be correct in his verdict that the Croatian international could be an ideal candidate to sign in the summer, especially with both Englishmen approaching the back end of their playing careers.