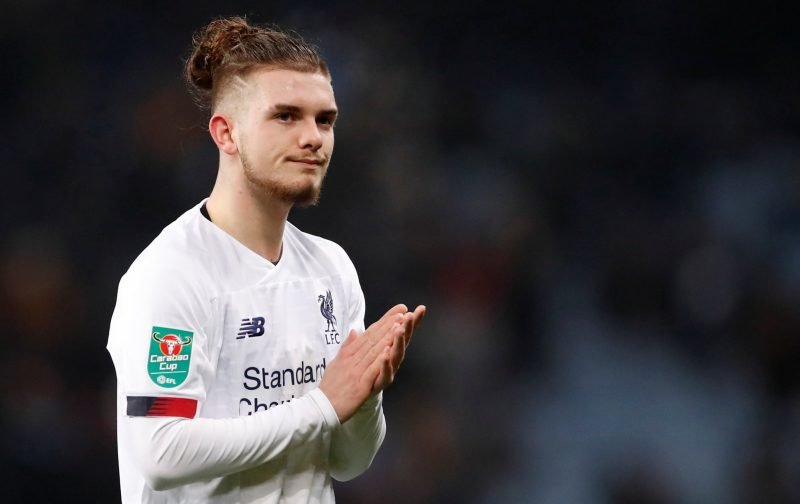 Speaking exclusively to Football Insider, pundit Noel Whelan has heaped praise on Liverpool youngster Harvey Elliot – with the Englishman going on to suggest that he could become the ‘next Beckham‘ or even the next Wayne Rooney.

Whelan, who amassed 241 league starts in total for 11 different clubs during his playing career, scoring 60 goals in the process, has now suggested that Elliot’s potential is in the same bracket as the likes of Beckham and Rooney – who both burst on to the scene before eventually becoming Premier League legends.

The 45-year-old, relaying his opinion to Football Insider, has claimed that the sky is the limit for Elliot – who has the opportunity to learn from the best at Anfield under Jurgen Klopp as well as our star players like Sadio Mane and Roberto Firmino.

Could Elliot become the next Beckham or Rooney?

Since arriving from Fulham last summer, Elliot has debatably impressed when given the opportunity during his first season with the Reds, scoring two goals and assisting four others from the wing for Liverpool’s U23s side this campaign according to Transfermarkt.

This academy form has impressed Whelan enough for the teenager to earn his full admiration, praise that could be justified in the long run given the fact he is only 17-years-old.

Despite only making four senior appearances for the Reds, Whelan believes that he is already on a path which could see him replicate the likes of Rooney and Beckham – lauding the ‘real talent’ with a ‘bright future’ in an interview with Football Insider.

“We watched him in the FA Cup games and he is a real talent. He has a bright future ahead,” explained the pundit.

“When he has got that you have to reward these players. You have to keep them there and nurture them.

“He is going to be training with Mane, Salah, Firimno Origi – all of these wide players. He is learning from the best. They can only turn a player with this kid’s ability into a future star and that is what Liverpool are hoping.

“We always need players like that for England, especially with the talent he has at such a young age. Could he be the next Beckham or Rooney?”

Taking into account Whelan’s praise, whether or not he eventually transforms into the next Beckham or Rooney remains to be seen, but the youngster could certainly possess bags of potential.