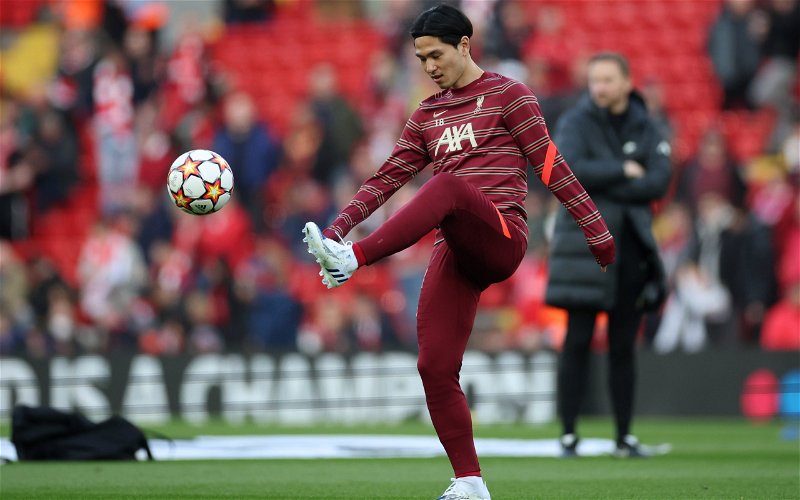 Liverpool forward Takumi Minamino has completed his move to Ligue 1 outfit AS Monaco. The city-state club have announced the Japan international’s arrival after reaching a £15.5 million agreement with the Reds, as was reported last week.

AS Monaco is pleased to announce the arrival of @takumina0116. 🇯🇵

The 27-year-old Japanese international attacking midfielder has signed a four-year contract, until June 2026.

The 27-year-old signed for Jurgen Klopp’s side from Red Bull Salzburg in 2020, after starring for the Austrian club at Anfield during a Champions League group stage tie in late 2019. Minamino scored against his then soon-to-be employers and featured alongside Manchester City new boy Erling Haaland.

While on Merseyside, Minamino won a trio of domestic honours; lifting the Premier League during his first season, and winning both the League Cup and FA Cup last term. During those latter two trophy campaigns he finished as the club’s top goalscorer.

After struggling to obtain regular minutes for Liverpool, Minamino joined Southampton on a short-term loan in 2021, and remained unable to secure a frequent starting spot upon his return.

The 6x Austrian champion may not have reached the exact level willed for him at Liverpool, but will be remembered fondly by those on the Kop.

Liverpool paid tribute to their outgoing number 18 across social media, with Klopp praising his now former player to liverpoolfc.com –

“He made us better each and every day he was with us – not just in the games he played in but every single session in training. Perfect attitude, winner’s mentality.”

Thank you for everything during your time at the Reds, @takumina0116 ❤ pic.twitter.com/zo4gPwQA86