Report: “Dangerous attacker” aiming for more Liverpool chances as a way “to impress the boss” 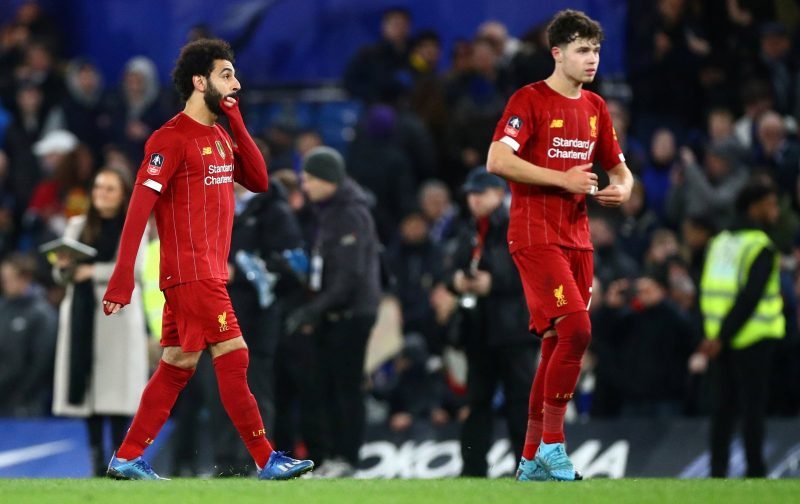 Academy graduate Neco Williams has his heart set on making more appearances for Liverpool this season after impressing since his breakthrough in the FA Cup.

The 18-year-old fullback revealed to the club’s official website that his run of games in the cup have injected him with newfound confidence which has installed in him a drive to feature more for the Reds, something which could happen with the Premier League title well in Liverpool’s grasp.

Williams has been one of several youngsters to impress for Liverpool in recent weeks, with Jurgen Klopp opting to play some academy players in the FA Cup, and the Wales youth international is keen to gain more minutes with the first-team after a string of impressive performances.

The 18-year-old defender said: “I think that’s what’s happening to me so hopefully I’ll continue to get more chances, keep improving and get more chances to impress the boss. I’ve just got to keep working hard in training, keep giving 100 per cent and hopefully, the boss may choose me. I’m just grateful for every game I play. The more games I play, the more confident I’m going to get. I’m just thankful for the boss choosing me and trusting me.”

Former U23 boss Neil Critchley hailed Williams as Liverpool’s “most dangerous attacker” after the Reds’ 1-0 win at home to Shrewsbury Town via the club’s official website, and the defender could find himself in line for more appearances this season depending on how events pan out.

Klopp might be willing to hand the likes of Williams and Curtis Jones minutes in the Premier League if they can wrap up the title with several games left to play, and for the Liverpool defender, this could prove to be another chance to impress the German manager as well as assert himself as a reliable backup to Trent Alexander-Arnold.