Report: Manager reveals Liverpool had “no money” to compete with rivals for domestic silverware 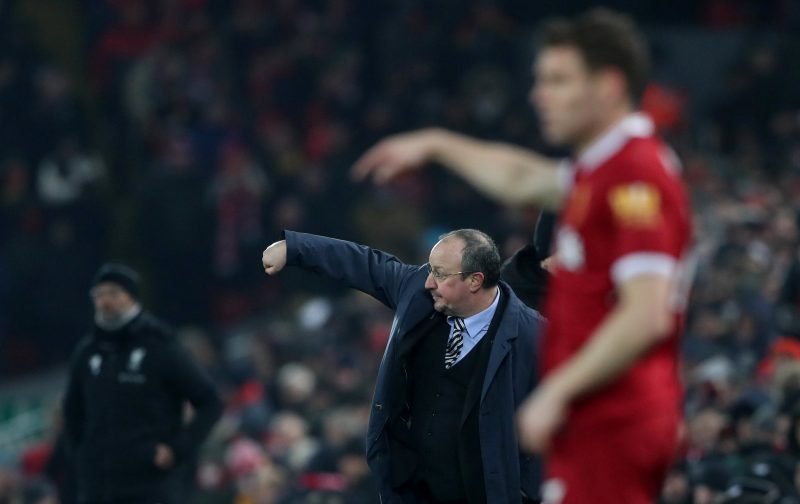 Rafa Benitez has revealed that Liverpool didn’t have the finances needed to compete for the Premier League title during his tenure with the club.

Speaking to Marca, the now Dalian Pro manager admitted that a tight transfer budget and the need to sell players to keep the club’s books in check was a key reason why was unable to win the English top-flight despite winning an FA Cup and Champions League trophy with the Reds.

Benitez oversaw several high-profile departures during his time at Liverpool as records from Transfermarkt show, with the likes of Xabi Alonso, Robbie Keane and Michael Owen all leaving for considerable amounts, and the ex-Newcastle United boss believes that a lack of funds overall prevented the Merseyside giants from winning a Premier League trophy.

Benitez said: “We had no money. Our transfer budget, in my last year, was €17m. So, with that, you could not compete. We had to try to sell to buy and when you sell (Javier) Mascherano, Xabi Alonso, (Fernando) Torres. It was the only way to try to get closer to rivals. This Liverpool team has two or three years of very good investment and a lot of success in signing. And then, a coach whose opinion is valued by the owners.”

Liverpool came close to the Premier League title under Benitez with the Reds finishing four points off Manchester United in the 2008/09 season where the reigning Champions League holders lost just two league games all campaign as their great English rivals pipped them to the title.

And a mass increase in finances over the years at Liverpool has proved to be a huge defining factor to their current domination in England this season, with the club spending big bucks on both Virgil van Dijk and Alisson in the past two years, and although Benitez came close during his time with the Reds, his statement on money playing a role seem to hold some truth.