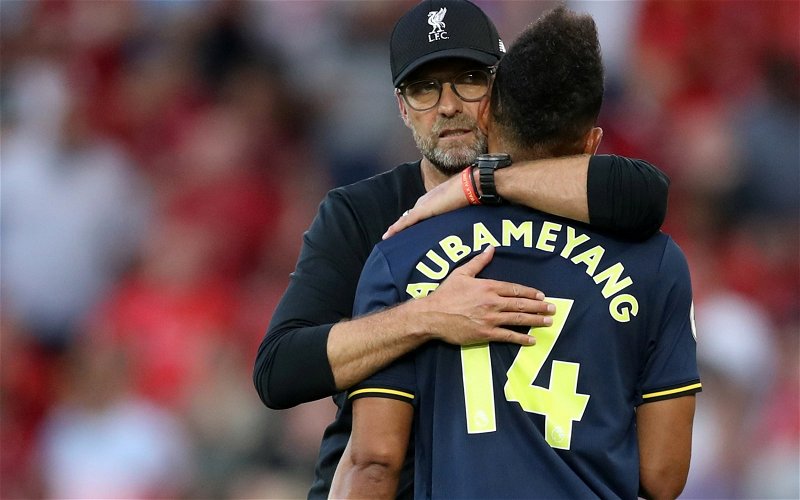 Former Liverpool attacker Emile Heskey has admitted that Liverpool could be making a mistake going in for Arsenal captain Pierre-Emerick Aubameyang in the summer.

Speaking to Genting Bet via The Metro, the ex-England international confessed that he isn’t convinced the 30-year-old striker would be the best fit for Jurgen Klopp’s system, despite his phenomenal form in the Premier League for the Gunners and his previous achievements with playing under the Liverpool boss at Borussia Dortmund.

With Aubameyang’s current deal with Arsenal expiring in the summer of 2021, many clubs are on high alert that the Gabon superstar could leave the club this year, as claimed by 90min earlier this month. But for Heskey, the former Bolton star isn’t too sure the attacker would be an ideal signing for Liverpool.

The former England international said: “Pierre-Emerick Aubameyang is a wonderful goal-getter. His stats are amazing. He is showing time and time again that he is a goal scorer. He’s playing in an Arsenal side that isn’t really fancied in and around the league but he’s going out and scoring week in and week out. He’s challenging for the Golden Boot. He’s Mr Consistent. But, will he fit in the Liverpool system? Probably not. I don’t think that he would be an ideal fit for Liverpool.”

With the likes of Jadon Sancho and Timo Werner being linked with moves to Liverpool heading into the summer transfer window, it appears that Klopp has his mind set on signing an attacker once the market opens for business. Yet the German manager might be wise to heed Heskey’s advice on Aubameyang.

Although the Arsenal ace has been in outstanding form since joining the Premier League at the start of 2018, Aubameyang is a striker who could find it hard to adjust to Klopp’s Liverpool system which sees the centre-forward in Roberto Firmino play deeper than a standard striker would, which is something the former Dortmund star could find hard to fit in as given his reputation as a pure goalscorer.