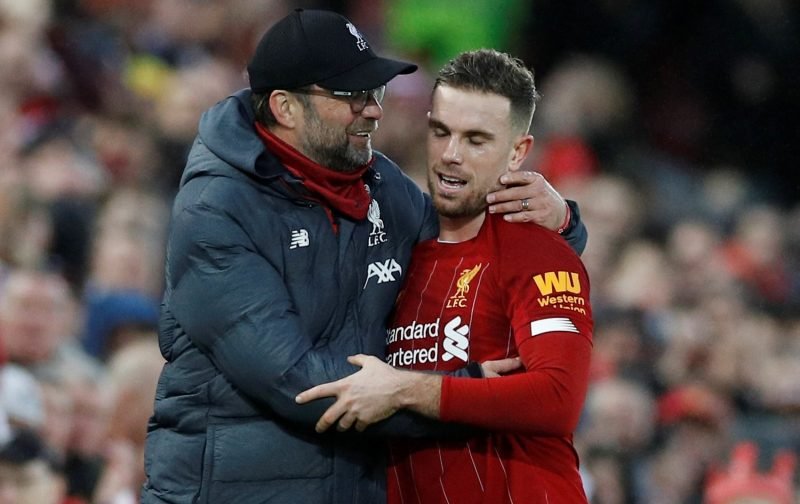 The 29-year-old has been rallying around Premier League captains to organise a fund that will help finance NHS and Age UK in their hour of need to fight the illness.

All football in the UK has been suspended until further notice due to the increasing number of cases. With medical experts suggesting that the virus has yet to peak, it is unlikely we will see any action any time soon. However, it is a question as to whether they would also commit to helping the UK’s health service.

Speaking to Football Insider, Phillips said that it is good what Henderson is trying to do but there will be many obstacles in his way.

“It is a difficult one”, he said. “It is great what Jordan is trying to do but I imagine there will be a lot of red tape and it will not be that straight forward. There is a lot of foreign players in the league, maybe even fifty-fifty. But I hope and I am sure they will do something.”

Phillips also spoke about foreign players sending money back to their respective countries, which could also provide to be a hindrance in the Liverpool captain achieving what he’s set out to do.

Manchester City boss Pep Guardiola lost his mother to COVID-19 and donated £920,000 (€1m) to help battle the illness in Spain.

Phillips is right on with this. While Henderson’s idea is a smart move in an ethical way, there are many hurdles that he will have to jump before this could be enforced. I just hope that it wasn’t in response to UK MP Matt Hancock’s singling out of Premier League footballers to take a pay cut. England manager Gareth Southgate has already agreed to take a 30% reduction in his salary.

It is a great initiative for Henderson to take, considering the life-threatening circumstances it’s having on many communities across our country. I just hope that the league and the PFA will co-operate in a way that it can be rolled out sooner rather than later.