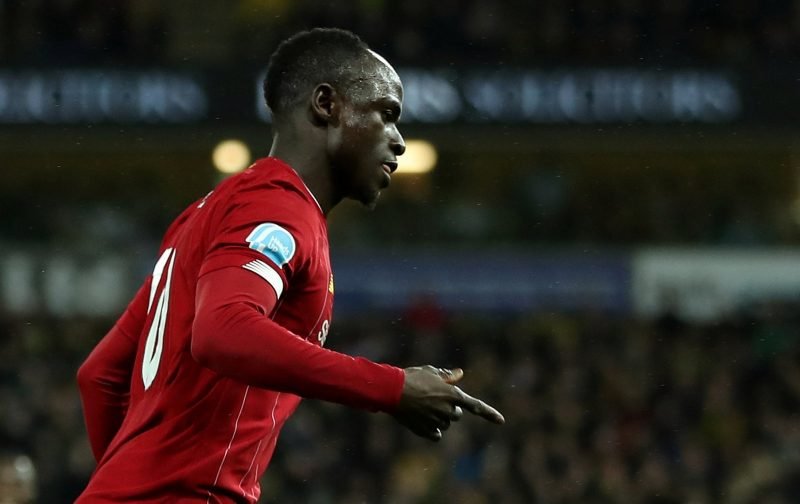 Sadio Mane is a more sellable asset at Liverpool than Mohamed Salah or Roberto Firmino.

Those are the views of ESPN’s Gab Marcotti, despite Mane having scored 18 goals in 38 appearances and penning 12 assists in all competitions during the current campaign.

These remarks follow on from the Mirror‘s report, suggesting that Real Madrid are willing to offer a fee in the region of £130m-£140m to sign the 27-year-old this summer.

Mane shared the Premier League Golden Boot with his Egyptian teammate Salah and Arsenal’s Pierre-Emerick Aubameyang last season, after the trio each registered 22 goals in the top-flight.

Since his £34m move from Southampton in 2016, the 61-cap international has earned the plaudits from pundits this season. He also had a big hand in helping the Reds secure their sixth European crown last season after dazzling in our 2-0 win against Tottenham in Madrid.

Speaking on ESPN FC, Marcotti explained why he believes Mane would be the most sell-able of the club’s three forwards if one is to leave this summer.

“If they could get the right price, Liverpool would be open to selling one of those three,” he said. “Of those three, Mane is the most sellable asset. Real Madrid need attacking players, because the ones they have are getting old or almost permanently injured, or players that Zinedine Zidane doesn’t want like Gareth Bale.

Do you agree with Gab Marcotti?

“Mane is the most sellable of the three because he gives you a ton of goals, more than Firmino who plays centre-forward. Mane is the type of guy who can be dropped into a ton of set-ups.

“There’s still a sense that – rightly or wrongly – with Salah that he’s a feast or famine, and isn’t disciplined. I still think there’s that sense among football purists and scouts that Mane is somebody who is more of a traditional superstar than Mohamed Salah.”

These are bizarre comments to make from Barcotti. Having lost just one game in the league all season, all of a sudden players should be sold?

With the season brought to a halt, the transfer rumour mill rumbles on and has become a fan favourite at Liverpool.

For anyone to pick one player to sell out of the three is crazy in itself. The Reds will need all three of their famous attacking trio going into the 2020/21 campaign. They have found the net 38 times between them this league season and remain as some of the club’s most crucial assets.

Barcotti is simply wrong with his views. Liverpool should not be entertaining any offers for any of our beloved three as we are on the brink of winning our first Premier League title in 30 years. Not now. Not ever.