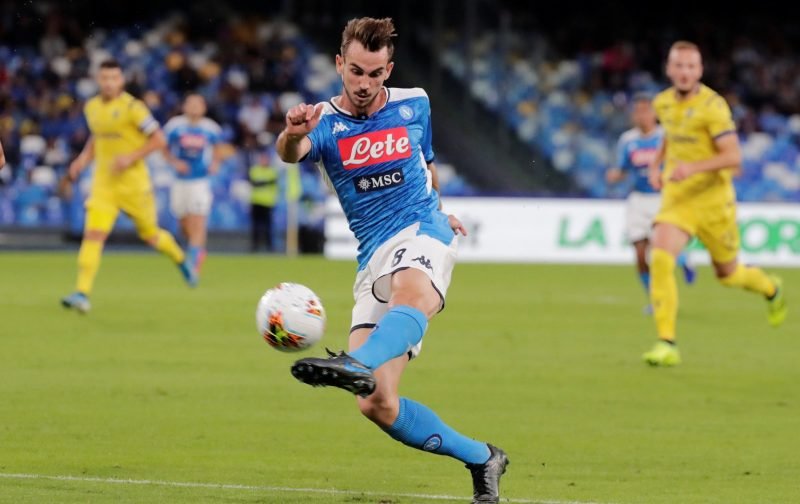 Liverpool are looking to make a deal for Napoli midfielder Fabian Ruiz from under the noses of Real Madrid and Barcelona, according to reports.

The 23-year-old has been playing in Serie A for the past two seasons after his €30m (£28m) move from Real Betis in 2018. After impressing during that timeframe, his value has shot up for £54m, according to TransferMarkt.

The Spanish international has had a number of clubs chasing him and the Express are reporting that Ruiz is now right at the top of Klopp’s wanted list, with a £74m asking price from ‎Gli Azzurri.

His agent Alvaro Torres confirmed to Spanish newspaper Marca (via Soy Futbol) that his client has been attracting the interest of the reigning European champions, and are not prepared at this stage to agree to a new contract after AC Milan legend Gennaro Gattuso took over from Carlo Ancelotti in December.

Would Fabian Ruiz be a good fit in Jurgen Klopp's system?

Ruiz has scored three goals and provided two assists in 32 appearances and we have Manchester United, Bayern Munich and the two Spanish giants to fight off if we are to capture him next summer.

The 23-year-old was having a good season before the campaign was halted due to the ongoing coronavirus pandemic, with no certainty as to when Serie A proceedings will resume.

He has been performing at a similar level as what Georginio Wijnaldum has this season. Ruiz has managed to average 1.7 tackles per game, 1.5 key passes and a pass success rate of 90.5%. In comparison to the Dutchman, he has one tackle per game, 0.4 key passes and a slightly better passing percentage of 90.9%.

The Athletic previously reported that Wijnaldum could be on his way out of the club. Ruiz could be the man to step into his shoes and would certainly be effective in that position. But that price tag is astronomical and we will have to be certain about him to spend that much money.