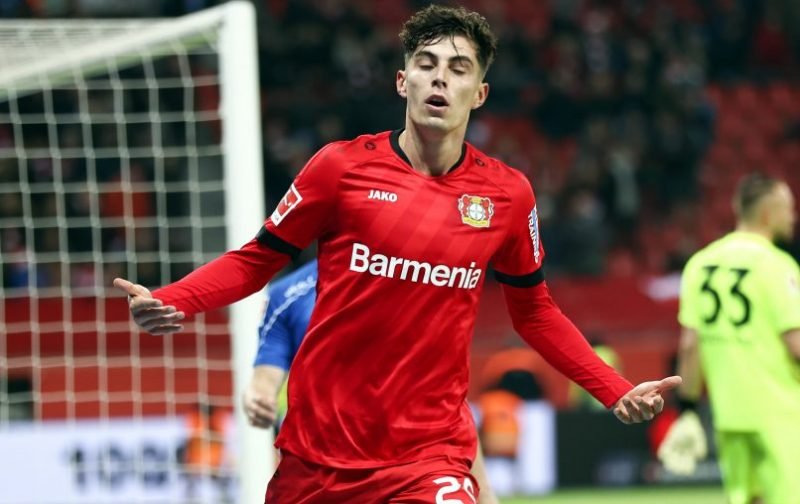 The 20-year-old has been a long-term target for the Reds and previous reports have suggested that we are at the front of the queue for him.

Sky Germany revealed that Leverkusen feared that no club will be prepared to pay the £90m price tag for Havertz with football currently postponed.

With 10 goals and eight assists from 34 appearances during the current campaign, it is understandable why Havertz is generating a lot of attention from big European clubs.

Speaking to Sky Sports, Hamann waxed lyrical about the German and paid him a high compliment.

“The one player who stands out for me is Kai Havertz from Leverkusen. He’s an exceptional player, he reminds me of a young Michael Ballack”, he said.

“He’s got that air of arrogance in a good way about him. He’s two-footed, he’s tall, he’s good in the air, he’s very versatile. He can play across the front, he can play any position. I think he’s the best player we’ve got in Germany at the moment.”

Hamann added that even though there is talk that Timo Werner will also make the jump to Anfield, he much prefers Havertz and believes that this player is the one that we should be prioritising.

This is one of the highest level of comparisons that a young player can get, especially in the German game. I’m sure that Havertz will take this into account, particularly from a player that had a successful international career with 57 caps.

Havertz is into his fourth-successive season in Germany’s top flight and has accumulated an incredible amount of top-flight experience at such a young age, having played in both the Champions League and the Europa League in the process.

Hamann is right. Although I’m sure that Reds’ officials will be wary of the steep price tag. Liverpool will keep their cards close to their chest.

But with the potential player power that we could have due to our domestic and European success, time will tell whether he will make the move.