Report: Liverpool to battle PL giants for prodigy journalist claims is “the best” in his league 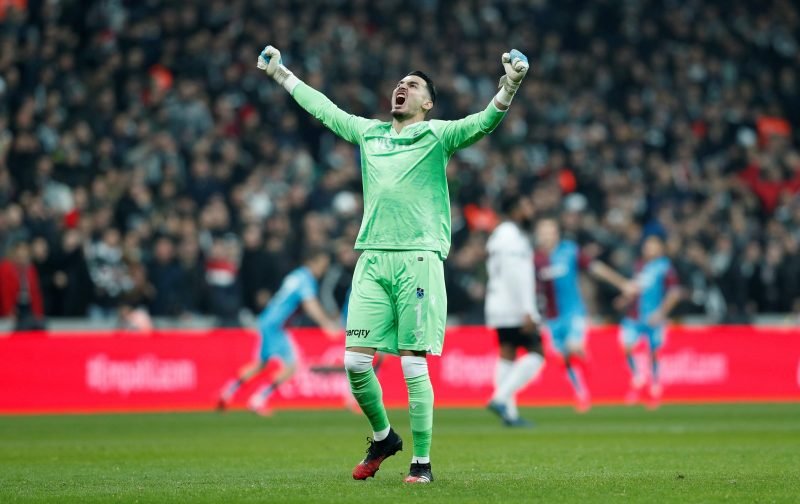 Liverpool are set to face competition this summer from Chelsea for the signing of Trabzonspor goalkeeper Ugurcan Cakir.

Fotospor report via The Daily Mail that former Blues midfielder Eddie Newton has been egging Chelsea on to make an approach for the 23-year-old goalkeeper who this season has established himself as one of the top talents in Turkey and the latest in a long-line of goalkeepers to emerge from the eastern European country.

Reports in Turkey have linked Liverpool with a move for the goalkeeping prodigy in recent weeks, yet Chelsea could stand to be in a better position to sign Cakir with Frank Lampard likely to splash the cash on a shot-stopper this summer with Kepa Arrizabalaga recently being dropped from the Blues starting XI.

Cakir has held the number one spot at Trabzonspor for the past three seasons, yet this year has seen the Turkish international explode onto the scene with the Black Sea-based club aiming to break from tradition and win the Super Lig ahead of the likes of Besiktas, Fenerbahce and Galatasaray, and the youngster has earned rave reviews this campaign.

Vital Liverpool recently sat down with Turkish journalist Kaan Bayazit to get his view on Cakir, with Bayazit saying: “Cakir has without question been the best keeper in the Turkish Super Lig this season in what has been a strong year for players in his position. Trabzonspor are on an incredible run, and whilst the likes of Alexander Sorloth and Filip Novak have dominated the headlines here in Turkey, Cakir has been the real star of the show.”

Jurgen Klopp’s side could strength in the goalkeeping department with Adrian giving the Liverpool manager a good reason to look for a new backup to Alisson Becker, yet with Chelsea now in the frame for Cakir, the Reds could lose out to their Premier League rivals, who would be willing to offer the Turk first-team football on a more regular basis.