Report: Premier League legend backs Liverpool to pass immense record that is ‘there to be beaten’ 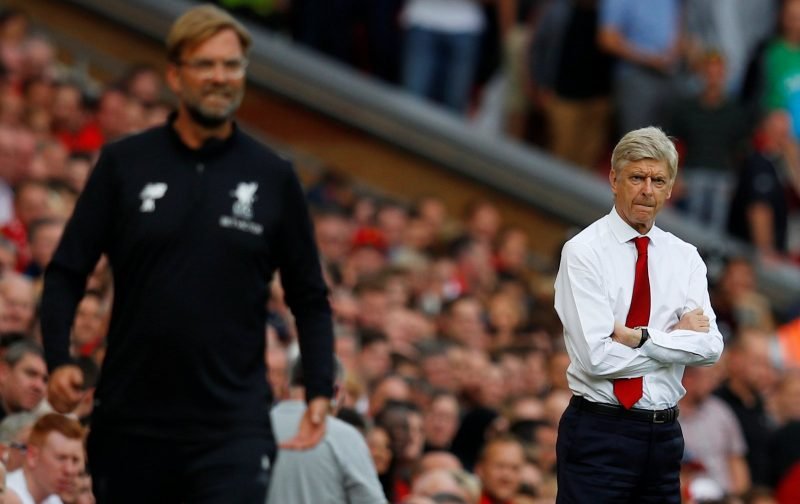 Arsene Wenger believes that Liverpool have what it takes to pass Arsenal’s undefeated league record this season.

Speaking to Sporf, the Premier League legend admitted that the Reds have been in exceptional form this season and their efficiency and consistency could seem them break unbeaten English league record set by Wenger’s Arsenal in 2004 where the Gunners went 49 games without losing a game, seven more than the previous record held by Brian Clough’s Nottingham Forest in the late seventies.

With Liverpool currently on a run of 43 league games without defeat and Jurgen Klopp’s side dropping points just once all season, the Reds are in prime position to not only become the second team in Premier League history to win the league undefeated, but also smash Arsenal’s previous record of the longest run without losing a game, yet Wenger is pleased that his previous immense accomplishment is on the verge of being wiped away.

The former Arsenal manager said when asked about his thoughts on his unbeaten record being overtaken by Liverpool: “They are doing exceptionally well. They put a team together that is very efficient, very consistent and has good fighting qualities as well, so let’s see. The records are there to be beaten and they can do it.”

When Arsenal and Wenger went the entire 2003/04 season undefeated as well as overtake Forest’s unbeaten record, nobody could have predicted that the feat would be repeated as well as the 49 unbeaten run be toppled by another side, but Liverpool have shattered every layer of expectation this campaign and then some.

There’s still time between for Klopp and Liverpool to lose a game in the league, but with Arsenal’s record well within sight, the Reds will seemingly be keen to take the accolade and further cement themselves as one of the greatest teams in English history.