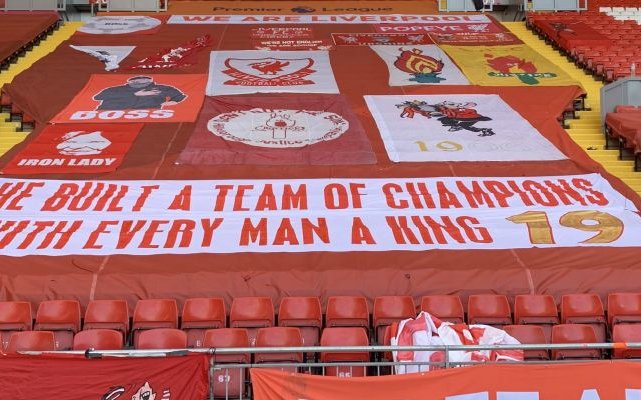 Pre-season has been far from ideal as far as Liverpool are concerned, and the Premier League has not taken a sympathetic view towards our club after their latest decision.

The league campaign was drastically rescheduled at the back end of last season following its temporary suspension, which pushed the conclusion back to July as opposed to the traditional time of May.

This kept us anxiously awaiting the arrival of our first league title in 30 years for three months, needing just six points to make it certain that we were finally going to get our hands on the Premier League trophy.

With this in mind, league officials are determined to get back on track without any further delays, which could be a worry for us after what happened last week regarding our latest signing Kostas Tsimikas.

The Greek defender tested positive for coronavirus after heading out on international duty, which remains as a risk going into our first title defence, as per SPORT 24 (via the Mirror).

The Daily Mail reported that clubs will be expected to play their U21 squads to fulfil fixtures, not considering squad sizes of any less than 14 for possible postponements.

Pre-season testing results have yet to be published by the Premier League, which could have a further influence on their current stance.

This is pretty brutal from the Premier League, as this has been effectively out of the club’s respective control, just to get back to the traditional August to May football calendar.

Times change and we have to adapt. Threatening us like this is not going to go down well with our board members or the manager, with an obvious health risk that could affect us all.

With this in mind, this also should take into consideration letting fans back into the stadium for the first time, will they have the same stance on that?

Time will tell as unpredictability levels remain sky-high. We just have to hope that there is no further outbreak that could spread to the rest of the squad. If we want to retain our Premier League crown, we must have our key players fit and firing.