“So desperate”, “The dumbest” – Many Liverpool fans are left stunned by chief’s words 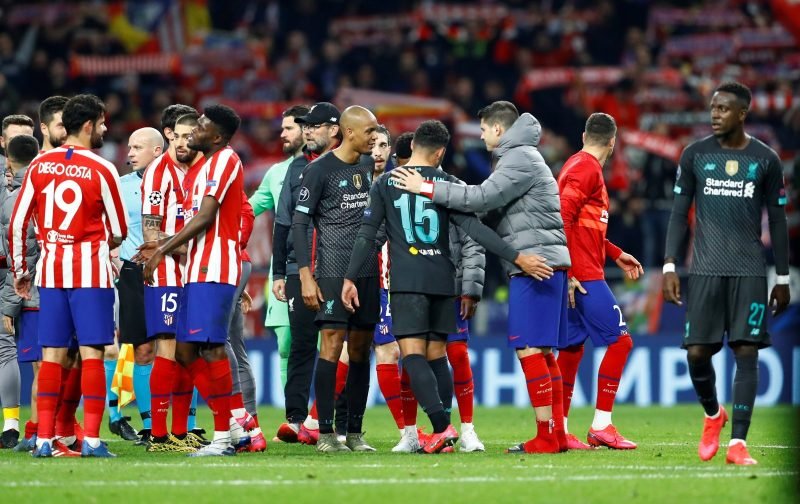 With football all across the continent starting to get back on track, the Atletico Madrid president has begun discussing what he thinks should happen with the Champions League – and let’s just say it’s shocked a few fans.

Enrique Cerezo, Atleti’s president, has said that in the scenario of the Champions League not being able to be finished, they should in fact win the competition as they defeated last year’s Champions.

Unsurprisingly, a statement like this raised a few eyebrows from the Liverpool fanbase, with one supporter even calling the Atletico chief “desperate”.

Others saw the funnier side, with another fan saying “lol we’re massive”.

Here are some of the replies below…

Null and void it. Not worth the risk

Napoli beat us first so I guess Napoli are CL winners

Rewind a couple of months to March 11 and the team for Madrid managed to pull off a huge upset by beating Jurgen Klopp’s side. As fans will remember, the reds dominated the game and possession, but two sucker punches from Marcos Llorente in extra time meant that the dream was over.

Diego Simeone’s side will be fancying themselves after they knocked out last year’s champions, but being at the quarter-final stage, they still have a long way to go.

With the club never lifting Europe’s premier club competition, it’s hard to imagine how fans would feel about winning it under such conditions.

It’s a bit of luck then that this has absolutely no chance of ever happening.