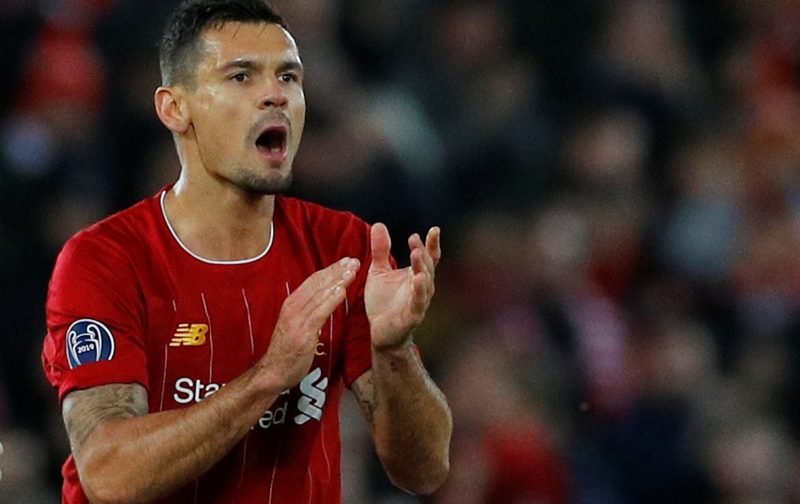 Loads of Liverpool fans have been reacting to reports that defender Dejan Lovren could be on his way to either Arsenal or Tottenham Hotspur in the summer.

According to the Daily Express, both sides will go head to head in the warmer months as the Reds will demand £18m for his services, and will not be offering any discounts.

The Croatia international has not been the favourite from sections of the Kop faithful and has often been scapegoated, particularly during out 3-0 defeat to Watford earlier in the season, and was even singled out for criticism by Alan Shearer.

Since his £20m move from Southampton in 2014, he has scored eight times and provided five assists in 184 appearances for the Reds and has only featured 14 times during the current campaign in all competitions. This is a clear indication that manager Jurgen Klopp has no plans for him and a possible move to Roma last summer fell through at the last minute.

As a result, supporters were hoping to see the back of Lovren once and for all and made their feelings clear on social media. One fan said for one of the London-based clubs to take him, while another insisted that he would “arrange the transport”.

Worst defender in our team, would be the best if he went to north London

I’ll chip in for his Uber down https://t.co/QoJciNwhNQ

Sure yep, you can have him 😭 https://t.co/RwZTz8EhEz