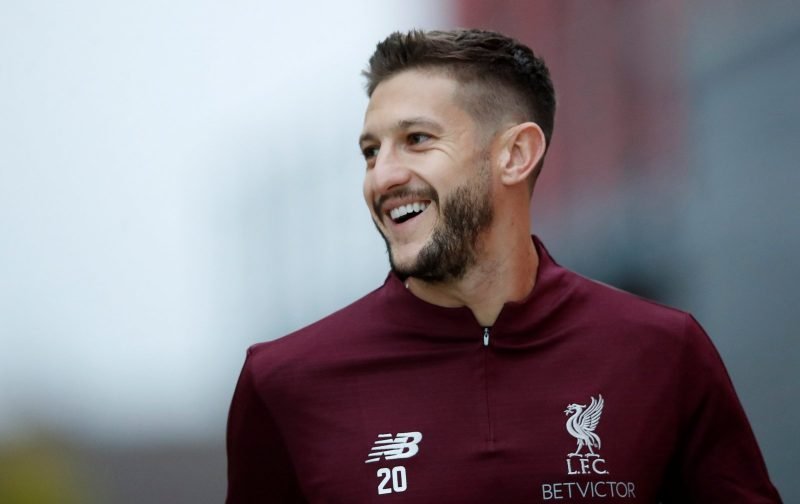 The upcoming summer transfer window could see a number of long-serving Liverpool players leave the club for good, and Adam Lallana could just be one of those names heading out the exit door.

Adam Lallana’s contract is due to run out this year.

Should we keep him or let him go? 👇 #LFC

The 31-year-old midfielder, who earns £110,000-per-week according to Spotrac, is heading towards becoming a free agent with his current contract at the club set to expire this summer, with BBC Sport reporting in February that Lallana is set to leave Anfield once his deal comes to an end.

And some Liverpool supporters on social media are keen to see the club release the former Southampton captain, with a few believing that Lallana’s talents would be better suited at a club lower down the Premier League table, rather than a side on the verge of winning the title.

Been a great servant but time to move on now

Nah he would be a great player for a different team but pointless for us he’s been here for years and doesn’t do much anymore. would love to see him have a life in a different team

I think let go. There is a time for everything, Maybe time to let go and breathe freshness into time. Give younger players like Harry Wilson a chance?

Been a great squad player. Let him get 1sr team games and European footy at Leicester and promote Jones

Decent servant when called upon. Deserves to get a run out and starting spot elsewhere.

Sky Sports News reported last month that Leicester City had made an approach for Lallana, while the Chronicle have claimed Newcastle United boss Steve Bruce would love to lure him to St. James’ Park.