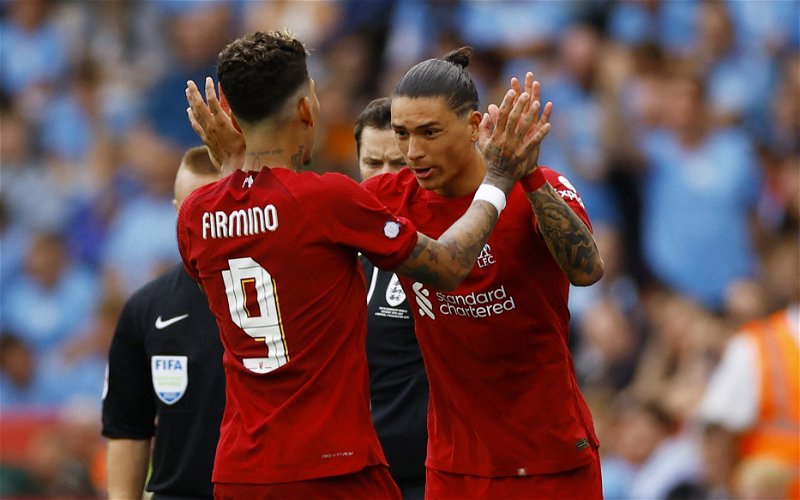 Liverpool forward Roberto Firmino put a stop to rumours that he was ready to leave Anfield last week, committing himself to at least another season at the Merseyside club.

The Reds got their hands on the first bit of silverware on offer this past weekend against Manchester City in the FA Community Shield game.

Now, the Brazil international is ready to launch another attack on all trophies possible in the upcoming campaign and believes the Reds are capable of achieving a quadruple.

Speaking to Liverpool’s official club website, the Brazilian described his heartbreak at missing out on the Premier League and UEFA Champions League last season and how the Reds want to chase the quadruple again.

“I feel grateful for last season. I don’t want to diminish the achievement of the two trophies, but we were chasing all four and unfortunately it wasn’t to be,” Firmino stated.

“Who knows this season? We’ll go after all four trophies again, but it’s about taking things step by step, working very hard to get there. Of course it’s possible and our focus is to win all four trophies.”

“We will compete for all four, but it depends on the work we do and how we progress. Our focus is to compete in and win all four competitions.”

Firmino spoke of his gratitude to fans of the club and how they helped the team get over the heartbreak of losing the UEFA Champions League final to Real Madrid.

“We had won two trophies, of course, which is worth celebrating. It was really rewarding. I’m grateful to God for our fans, for their effort and the constant support they always provide us with.”