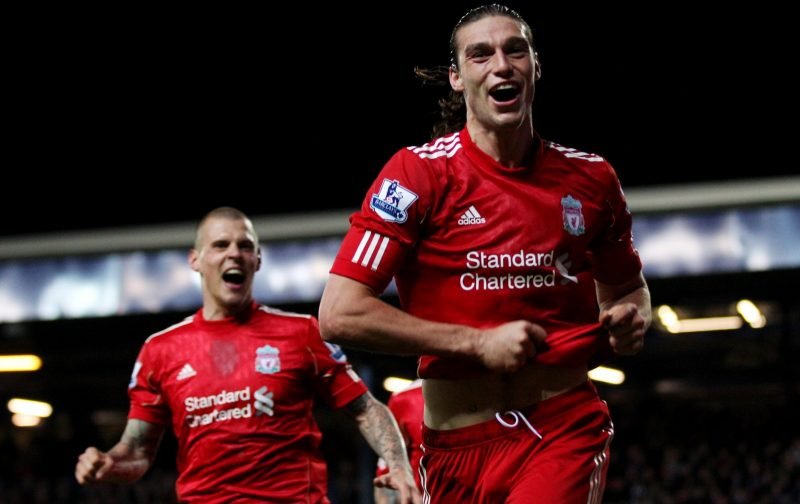 Responding to a piece by the Liverpool Echo surrounding ex-signing Andy Carroll’s time at the club, some Reds fans have flocked to social media and outlined why they think he isn’t the worst signing in our Premier League history.

Carroll, who made a total of 58 appearances for us, scoring 11 goals and assisting six others in all competitions as per Transfermarkt, signed for £35 million back in the 2011 January transfer window – turning a few heads in the process.

It’s safe to say that the current Newcastle forward didn’t exactly pay back his lofty price tag at Anfield, making just two appearances during the 2012/2013 season in what proved to be his final campaign for Liverpool before eventually joining West Ham.

Is Andy Carroll the worst signing in Liverpool's history?

However, after a handful of great moments, including a first half brace at home to Manchester City during a 3-0 romp and his late winner against Everton in the 2012 FA Cup semi-final, some supporters have stuck up for Carroll on social media – with one fan also calling Alberto Aquilani a worse signing.

Here’s what they had to say.

It’s sad because you see the impact Haaland has had since going to Dortmund and now that I see him it made me realize what we all expected AC to be for the reds.

If he had been able to stay injury free for a couple of seasons he would have been a superstar. Remember he finished 3rd in race for golden boot when playing( without disrespect) with inferior players at Newcastle.

In my opinion Andy Carroll never really got giving a chance. When he did get game time we played balls into feet all the time, as soon as he went off we started whipping balls into the box. Andy Carroll one of the best players in the air.
Plenty of worse signing than him….