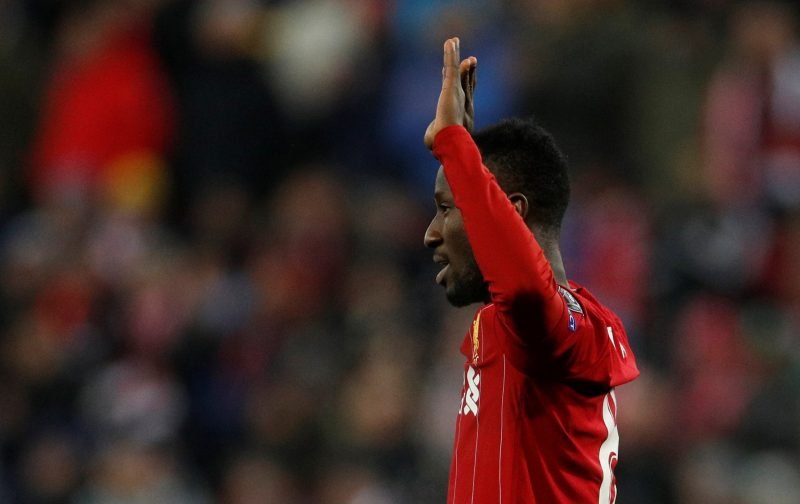 A segment of the Kop faithful have responded to comments from James Pearce of The Athletic who suggested that Liverpool will keep hold of Naby Keita in the summer.

Pearce spoke on The Red Agenda Podcast (March 18th, 43:54) and said that he would be very surprised if the Reds cut their losses on a man we spent £48m on bringing to Merseyside.

Due to various injuries that he’s suffered during his time at Anfield, he has only played 51 games for Jurgen Klopp’s side, scoring six goals and providing two assists.

Keita has missed a total of 27 matches due to his absences, which has varied from bruises to groin strains and torn muscles.

We still haven’t seen the form that the Guinea international produced at his former side RB Leipzig. He scored eight goals and eight assists during the 2016/17 campaign which led to the Reds agreeing to a deal one year in advance.

Because of this, supporters have had enough of Keita and want to see him leave. One fan pleaded to the club to “get him out” because he won’t play more than 10 games a season, while another said that he is “made of glass”.

He’s just not up to it https://t.co/GvizX3fwxz

Good player but had too many little injuries this season

His time is running out pic.twitter.com/lJS4g7zhXO

He’s made of glass. The more he runs the more he injures himself. No one doubts his quality.

This guy is always injured. How can Klopp plan anything with a player who plays less than a quarter of the games?